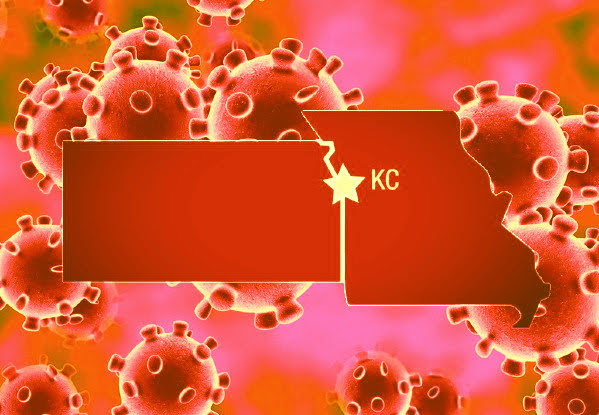 As always, we have to be honest with the people who bother reading this blog . . . We're getting seriously bummed out by the ongoing plague news that seems to, deservedly, dominate every aspect of the news cycle.

Still, we think it's important to share these relevant and somewhat recent local news links on the topic of the ongoing plague.

Some Kansas City-area students testing positive for COVID, but cases not traced to schools

OVERLAND PARK, Kan. - So far, the COVID-19 cases among students and staff in Kansas City metro school districts have been traced back to spread outside of the school. There haven't been any outbreaks in school, and school districts are doing everything they can to prevent that from happening.

OVERLAND PARK, Kan. - One week into the school year, nearly 100 Shawnee Mission School District students are out of the classroom due to COVID-19. "I know you're all tired of the pandemic, apparently pandemics aren't fun for anyone, but I just encourage us to all stay vigilant," Sarah Jahnke, a SMSD parent, said during public comment at Monday night's SMSD Board of Education meeting.

The intensive care unit at a Lee's Summit hospital is at capacity with most of those patients sick from COVID-19."Kansas City is in a state of crisis," said Dr. Andrew Schlachter, of Saint Luke's Health System.Schlachter, who's a pulmonologist, has been on the front lines of the pandemic since the beginning."We, at the bedside of patients, whether they're suffering from coronavirus or any other injury or illness are quite literally running from one fire to the next," he said.Schlachter said Saint Luke's East has seen a 233% increase in COVID-19 patients in the last month.

Students and staff in the Tonganoxie Unified School District 464 on Monday had to start wearing masks just two full days after the school year began.The decision came Sunday night from the school district's superintendent, Loren Feldkamp, after he cited a "sudden rise" in COVID-19 related cases of both positive and close contact tracing among students.


Missouri averaging over 13K vaccinations per day for nearly a month

JEFFERSON CITY, Mo. - While the rate of vaccination in Missouri isn't where it needs to be, it has trended upward in recent months and remains consistent. The state has averaged more than 13,000 vaccinations per day since July 26, nearly doubling the average of 7,300 on July 6.

KANSAS CITY, Mo. - Doctors at Children's Mercy Hospital are responding to the claims made in Missouri Attorney General Eric Schmitt's lawsuit filed Tuesday. The lawsuit argues school districts should not be able to require masks in schools.

ST. LOUIS - The mayor of a central Missouri resort town sparked outrage and debate this week after going on social media to ask for prayers and support in his effort to treat a longtime friend suffering from COVID-19 with an anti-parasite drug primarily used on livestock.

The first documented COVID-19 death in the United States appears to have come months earlier than long suspected when the virus killed a person in Kansas. Updated records from the National Center for Health Statistics currently show the first death from the virus in the country happened the week ending Jan.

(AP/Meredith) -- Pope Francis is adding his voice to a campaign to overcome vaccine skepticism, issuing a public service announcement insisting that vaccines are safe, effective and an "act of love." The video message released Wednesday is aimed at a global audience but directed particularly at the Americas.


Lost Your COVID-19 Vaccine Card? Here's Where to Get A New One In The Kansas City Area

More employers and public venues across the Kansas City area are beginning to require proof of vaccination as COVID-19 cases continue to the region's hospitals. This week, the Kauffman Center for the Performing Arts joined a string of local establishments that announced they'll require patrons to provide proof of COVID-19 vaccination in order to attend their events.