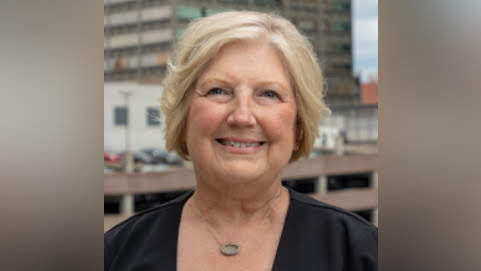 The world has changed quite a bit this week.

Remember that not so long ago 2nd District Council Lady Teresa Loar withstood a torrent of abuse from the newspaper and a faction of "activists" for alleged racism.

In pursuit of some sketchy airport contract, her opponents accused her of bigotry, mocking one of her colleagues by way of politically incorrect head motions and killing Emmett Till.

No kidding . . . THEY really did claim that disagreeing with a 3rd district colleague was akin to one of the most horrific hate crimes in civil rights history.  It was a tragic juxtaposition that threatened to cheapen the legacy of social justice struggle and only served to expose the greed that motivates so many special interest groups.

Council lady Loar rose above it and accepted chiding from her colleagues, Twitter and even a wrist slap from Mayor Q.

She continued to work for her constituents.

And, unbeknownst to many, she also maintained her decades long commitment to helping women and children in Afghanistan.

Council lady Loar has used her biz and social connections to assist women making a living in this war-torn country and even share their fashion culture with some of the more adventurous socialites in her circle.

This week, as disaster struck, Council Lady Loar was busy working to find safe passage for as many Afghan families as she could.

This selfless work and using her political skill and connections to support suffering people earned just a small bit of local interest but here at TKC we think it deserves more attention because it offers a "big picture" view of how "woke" slander often cheapens the discourse and threatens to deter good people trying to do their best to help others with little political benefit.

Through the power of her deeds and not words, Council Lady Loar makes so many politically charged accusations against her seem petty and ridiculous in retrospect.

And so . . . This week Council Lady Teresa Loar earns an TKC POWER RANKING SPOTLIGHT for working to make the world a slightly better place amid so much human suffering.