There's a lot of ways to talk around this fact of life but the excuses are nothing more than politics and have very little to do with the real world.

The defeat makes the entire Democratic Party look weak and Prez Biden doesn't seem like he's in charge of much given that he can't even control his dog.

Of course hypocrite partisan "right-wing" scumbags are forgetting that Prez W. Bush started this losing fight with a dangerous religious fervor that set the U.S. down the impossible road of nation building. 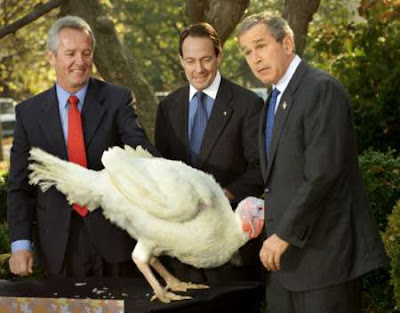 The mightiest military the world has ever witnessed retreated from a collection of very mean goat herders who are seemingly celebrating their conquest by putting all of their women in potato sacks.

The end game doesn't help Americans even as pundits attempt to spin the tragedy to the advantage of various demographic groups, superstitious sects or feeble ideologies.

White dudes are deathly (and justifiably) afraid of a world where they're no longer #1.

Our activist friends seem willfully ignorant of how much freedom they enjoy in the United States and that their antics wouldn't last 10 minutes in any other country. For the record, NO LIVES MATTER IN CHINA and most Asian countries are pretty remarkably and openly racist.

Amid culture war and a constant struggle to garner attention on divergent media platforms . . . Very few people understand the horrific cruelty required to support this American house of cards.

There was a "plan" to make the Taliban pay a devastating cost for embarrassing the U.S. military and, at the very least, put the fear of God into the fake Afghan turncoat army funded by American taxpayers . . . But it looks like Prez Biden blinked.

And so we're forced to endure a litany of Saigon references today.

Meanwhile, all that TKC can think about is BILLIONS WASTED IN AFGHANISTAN.  All of that cash could have built high-speed rail across the continental U.S., sparked space exploration, saved the manatees, given us an extra year before AOC's doomsday 12 year deadline OR paid off student loan debt for losers who mistakenly majored in communication studies and freed up a great deal of cash so that bloggers could buy more chicken wings for amicable, chubby 30-something blondes with low standards.

Accordingly, and amid the decline of Western Civilization, we share these links and resources in hopes that our blog community of brilliant video game chair generals can make sense of all this . . .

President Biden and Vice President Kamala Harris avoided appearing on camera as Kabul, the capital city of Afghanistan, fell to the Taliban on Saturday and Sunday. Biden spent the weekend at the Camp David presidential retreat, going on vacation as the situation worsened in Afghanistan.


Sen. Marshall on Afghanistan: Biden White House 'continues to get it wrong' on foreign policy

KANSAS CITY, KS (KCTV) --- U.S. Sen. Roger Marshall said Sunday's events in Afghanistan were caused by a "chaotic" pull out by the Biden Administration. "This White House continues to get it wrong every time on foreign policy," Marshall said.

LONDON - World leaders have expressed their dismay and concern at the chaotic scenes coming from Kabul, Afghanistan, with the Taliban now effectively taking control of the country. Since the U.S. began winding down its Afghan operation, the Taliban - which seeks to enforce an austere version of Islamic law - has been seizing new territory on an almost daily basis.

Thousands of Afghans have amassed on the tarmac at Kabul's international airport in the hours following the Taliban's breach of the city. The chaotic scenes at Hamid Karzai International Airport Monday captured by news crews and cell phones convey a terror and desperate rush to escape the country, which was now been entirely overrun by Taliban militants in the lead-up to the complete departure of U.S.

President Joe Biden and his administration struggled Sunday to project order amid a race by American and other foreign personnel to evacuate Afghanistan as Taliban fighters entered Kabul.


Afghanistan: US takes control of Kabul airport to evacuate staff from country

There have been scenes of panic at Kabul airport as desperate residents try to flee following the seizure of the Afghan capital by the Taliban. Eyewitnesses told the BBC that at least three civilians died on Monday in the chaos at the airport, which is being secured by US troops.


'Were all of our sacrifices wasted?' War veterans react to stunning Afghanistan collapse

'Were all of our sacrifices wasted?' Veterans of Afghanistan war grapple with collapse at hands of Taliban Rebekah Sanderlin has never been to Afghanistan, and yet she says the war-torn nation of 39 million has "permeated every single part of our lives'' for the last two decades.

KANSAS CITY, MO (KCTV) - The eyes of the world are on Afghanistan tonight as the government collapses while the United States withdrawals from the country, ending a 20 year campaign to transform the nation. Afghans around the world are mourning today, even right here in Kansas City.


China's state media mocked the US withdrawal in Afghanistan, saying the Taliban takeover was 'more smooth than the presidential transition in the US'

China's state media said the "power transition" in Afghanistan was smoother than the US presidential transfer of powers. The opinion was tweeted by Hu Xijin, the editor of the Global Times, part of China's state media. Hu referenced posts on Weibo, China's version of Twitter, that compared the Capitol riot to the Taliban's takeover.

WASHINGTON (AP) - President Joe Biden and other top U.S. officials were stunned on Sunday by the pace of the Taliban's nearly complete takeover of Afghanistan, as the planned withdrawal of American forces urgently became a mission to ensure a safe evacuation.

The chop of U.S. military helicopters whisking American diplomats to Kabul's airport punctuated a frantic rush by thousands of other foreigners and Afghans to flee to safety as well, as a stunningly swift Taliban takeover entered the heart of Afghanistan's capital.

One last thing . . . We normally don't share stuff that we actually like . . . But . . . Given that we've seen the "Fall of Saigon" part deux and the U.S. is mired in economic inequity, racial hateration and a declining t-cell count amid plauge like some 1979 New York City disco queen who can't quite shake a persistent cough . . . This tune seems apropos and reminds us that societies rise and fall but the song remains the same . . .