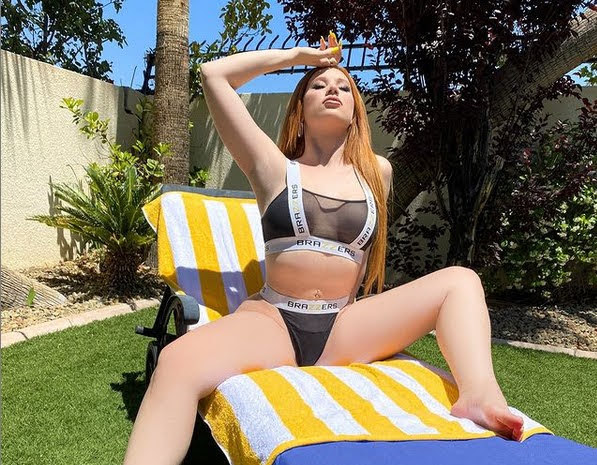 Kansas City Pushes Back For Masks

KANSAS CITY, Mo. - Families in a low-income apartment building again have water and air conditioning. Tenants at Brush Creek Towers, which serves many elderly and disabled people, went without it almost all weekend. "It's been hell," said tenant Joshua Edmondson. "I felt like I lived in a third world country."

Hide Transcript Show Transcript TONIGHT, WE'RE EARING FROM A FORMER MILITARY CONTRACTOR NOW A LOCAL SHERIFF ABOUT HIS WORK IN AFGHANISTAN. HE SAT DOWN WITH KMBC 9'S BIANCA BELTRAN TALKING ABOUT THE U.S. WITHDRAWL FROM THE COUNTRY AND WHY THE SITUATION IS DIRE FOR AMERICANS AND AFANGH BIANCA: IN HIS OFFICE, THE CLAY COUNTY SHERIFF HAS SEVERAL REMINDERS OF HIS TIME IN AFGHANISTAN.

Brittany Patton, 25, is filling up her cart with fresh produce as she walks around the Cross-Lines Community Market in Kansas City, Kansas. It's her first time at the market since opening in July. Beforehand, visits to the Cross-Lines food pantry helped her and her husband get by, after a foot injury last summer made her unable to work.

A booster shot of the Johnson & Johnson coronavirus vaccine offers a significant increase in antibodies, the company announced on Wednesday. Driving the news: People who received a booster shot six to eight months after their first J&J dose saw "a rapid and robust increase in spike-binding antibodies, nine-fold higher than 28 days after the primary single-dose vaccination," J&J said.

Fear is mounting for women and girls in Afghanistan after the Taliban told working women to stay at home, admitting they were not safe in the hands of the militant group's soldiers.

Mr. Spears claims his daughter's issues are more severe than the public knows in new court documents The 15-page filing says 'If the public knew all the facts of Ms. Spears' personal life, not only her highs but also her lows' they would 'praise' Jamie for his work Mr. Spears

The Supreme Court issued an order late Tuesday declining to stop the revival of a Trump-era border policy that requires asylum-seekers to wait in Mexico while their cases are reviewed by U.S. immigration judges. The high court's conservative supermajority denied the Biden administration's emergency request to continue the suspension of a federal judge's order that requires U.S.

Afghanistan is 'weeks to months' from economic collapse, experts say

Afghanistan's economy is headed toward collapse without swift action from the international community, experts have warned. The country's cash-based economy was struggling before the Taliban's recent ascension, and the Islamic movement's sudden takeover has left the country's finances in limbo - with assets frozen, banks closed and crucial foreign aid stalled.

Two members of US Congress flew unannounced into Kabul airport in the middle of the chaotic evacuation, stunning State Department and military personnel who had to divert resources to provide security and information to the lawmakers, US officials have said.


Veep Stands Up To China

The strategic competition between the U.S. and China came to forefront as Vice President Kamala Harris kicked off the second leg of her official visit to Southeast Asia in Vietnam. Harris told Vietnamese officials in the capital city of Hanoi on Wednesday there was a need to put pressure Beijing on its actions in the South China Sea.

Talk about déjà vu. Olivia Rodrigo dropped her new music video for "Brutal" on Monday, and it's packed with the sort of Y2K-inspired styles we've come to expect from the teen phenom; think plaid miniskirts, graphic baby tees, low-rise jeans and newsboy caps.

A Kansas City animal advocate is hoping a 30-foot billboard will help some of the city's long-term shelter pets get adopted."About five years I've been working on getting a permanent billboard," said Scott Poore.Eleven-year-old pit-bull mix Sally Sue has never looked so good - or so large.Poore has done a lot to promote the plight of shelter pets that don't get adopted.

The City Planning and Development Department is leading an update of the City's Comprehensive Plan, and you are invited to participate in the process this week. Join the KC Spirit Playbook team for the second strategy session on Mobility, a virtual meeting set for 3:30-5:00 p.m. this Thursday, Aug. 26.

KANSAS CITY, Mo. - For the first time in nearly two years, the Heartland Men's Chorus held in-person auditions in hopes of performing in front of thousands of people later this year.

Registration has been extended to Wednesday for Saturday's event to help put arts advocates laid off during the pandemic back on the payroll. "[Rappelling] is something that you can feel beautiful doing, feel safe doing and feel a little scared doing - all at the same time," one organizer said.

Heat, humidity will stay with us through Saturday

Hide Transcript Show Transcript AWAY. SO WE STAY HOT AND HUMID 96 DEGREES WILL BE OUR HIGH THIS AFTERNOON. THAT'S A DEGREE HOTTER THAN IT.

Olivia Rodrigo - brutal is the song of the day and this is the OPEN THREAD for right now.