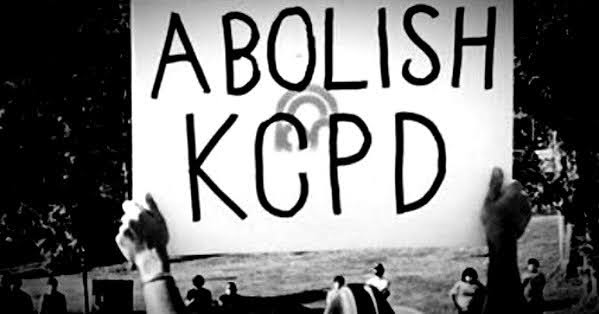 As always, we want to offer a full view of the local discourse from every vantage and recently we've noticed a rabidly anti-police publication gaining traction and hoping new fans will offer financial support.

Today they're sharing a scathing critique of money for law enforcement that might deserve consideration.

Real talk . . . We noticed a bit of chatter in the comments claiming that TKC use of the term "po-po" is disrespectful . . . Those sensitive souls might want to take a better look at real KCMO police opposition which is kind of scary and much more "strident" than TKC's feeble attempts at humor.

"Money that goes to KCPD and white supremacist murderers . . . is a direct theft of funds and resources from the Black community that should instead be put back into education, housing, healthcare, and mental health."

There's a great deal of their screed that isn't factually correct and more than a few deets are omitted.

Nevertheless, it's important to share this perspective in order to understand the rhetoric and reasoning (or lack thereof) which supports so many talking points of those who are hyper-critical of local law enforcement.

Read more via www.TonysKansasCity.com news link which is NOT an endorsement but an educational resource like most everything else on this blog . . . Including our coverage of lingerie & swimsuit hotties . . .

HE is not a police officer, he is a white supremacist murderer. HE murdered Donnie Sanders in March 2020. "HE pulled Sanders over as part of a traffic stop on the evening of March 12, 2020, near Wabash and Prospect Avenues...Newton ran after Sanders and shot him about a minute into the foot chase, according to the incident report."