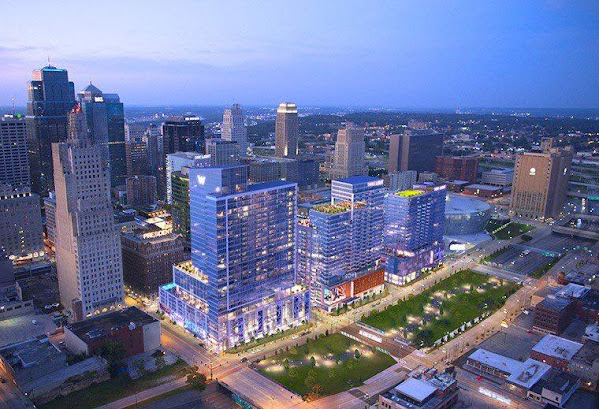 Kansas City census stats are about a week old but today's spin is supposedly fresh.

This report is written by a developer-supported hack who operates an impressive hustle - Crafting talking points for money men inside the loop who are, in turn, looking for tax breaks.

There are, in fact, more people living in Downtown Kansas City.

A great many of new downtown KCMO "denizens" include half crazy homeless people who regularly stab, shoot and kill each other.

And so the hype over the re-population of downtown Kansas City isn't all that it seems.

"The new Census results showed significantly faster growth downtown versus Kansas City as a whole, which increased 10.4% to 508,000 residents, and gives advocates reason to believe downtown is on the cusp of attracting new retailers, including a much-desired urban Target."

Real talk . . . TKC desperately wants that downtown Target store if only so this blog can finally get in on all of that looting reparations in the name of social justice.

Greater downtown Kansas City's population jumped 29.4% over the last decade to 27,831 residents, according to the 2020 Census, thanks in part to people like Jessica Best. "We've lived in the Western Auto building for eight years and we've loved how the Crossroads has grown up around us," said Best, a 39-year-old employee at Barkley advertising.