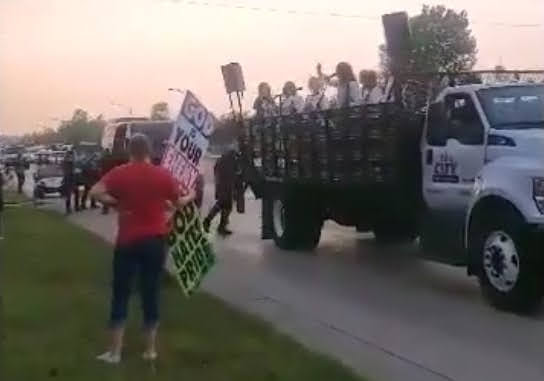 There's always debate about featuring hater protesters from the WBC . . . In many ways it promotes their anti-social behavior even if rebuke against their nastiness is featured.

However, we trust our blog community to report matters of community concern and we really liked this hot take send our way . . . Check the www.TonysKansasCity.com testimony . . .

The 'God Hates F*gs' crowd are fixtures at local Foo preshows and made another road trip the amphitheater formerly known as Sandstone to again embarrass themselves.

Dave Grohl preached to the heathens about loving everyone before leading the band through the Bee Gees remake of You Should Be Dancing."