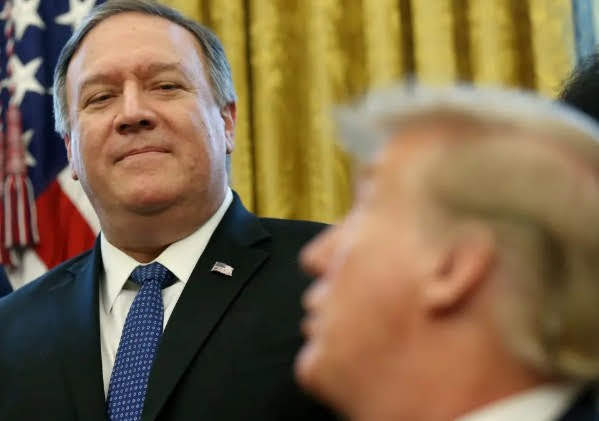 The international power player from Kansas confronts an exceptionally rowdy crowd of detractors this weekend.

Check the description of the scene . . .

"Protestors of the pro-Israel rally and counter protestors with the Youth Palestinian Movement were seen needing milk to remove the pepper spray from their eyes. The street closure was reportedly sparked when a group of the protestors were walking toward counter protesters . . . The gathering, billed as a “rally with Jews and Christians who boldly reject anti-Semitism and support Judeo-Christian values,” is promoting the appearance of a slate of conservative speakers that include former Secretary of State Mike Pompeo."

A "We Are Israel" rally in El Cajon Sunday afternoon has former Secretary of State Mike Pompeo listed as its keynote speaker, and is expected to draw appearances from Larry Elder and Mayor Bill Wells, along with protest groups including the Palestinian Youth Movement.