They'd Rather Starve Than Work At Your Crappy Kansas City Restaurant 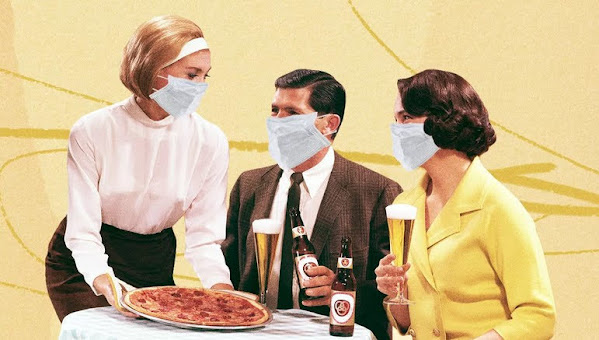 Or just collect stimmy until it runs out . . . Which might be some time after 2022 midterm elections.

Low wages are the most common reason people cite for leaving food service work. But in one recent survey, more than half of hospitality workers who've quit said no amount of pay would get them to return.

That's because for many, leaving food service had a lot to do also with its high-stress culture: exhausting work, unreliable hours, no benefits and so many rude customers.

So, it turns out those silly memes are right and "kindness matters" but remains in short supply amid this divisive COVID-era.

A wooden spoon gliding over cast iron. Barely tall enough to see over the stove, Lamar Cornett watched his mother, a cook, make his favorite dish of scrambled eggs. That first cooking lesson launched a lifelong journey in food. Cornett has spent over 20 years in Kentucky restaurants, doing every job short of being the owner.