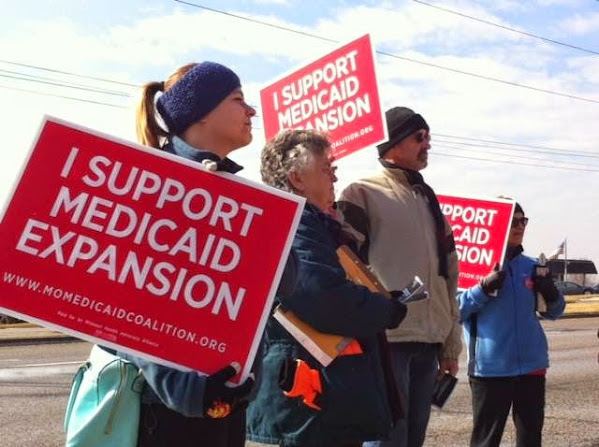 Left or right . . . We look for and share the boldest statements circulating amongst the discourse.


"The fact that the state's iron-fisted Republican majority politicians would have had the audacity to attempt to reject the will of the people wasn't shocking. Not after they repeatedly pulled the same trick in recent decades on subjects ranging from concealed carry of guns to regulations of puppy mills to raising minimum wages and so on.

"But this one was a little different. The Republican efforts to rob their own constituents of health care and to rape the state economy in the process was some new level of political immorality. This wasn't amoral. This was immoral."

In the broken world of American politics, there's perhaps only one occasion that truly settles an argument. That would be a unanimous Supreme Court verdict. Whether at the federal level or in a state like Missouri, if 100 percent of the judges reach agreement in a court of last resort, the ball game is over.