Should We Feel Sorry For Bad Hombre Weed Trimmer?!? 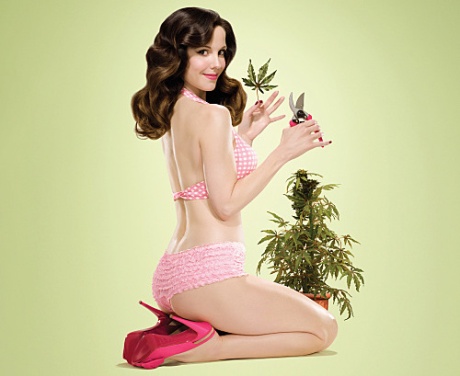 From some weird reason that doesn't make any sense, local mainstream media is downplaying the alleged (and convicted) misdeeds of a Mexican dude who worked at the behest of drug dealers.

Here's a very forgiving quote from their opening line . . .

"A man who played a minimal role in the operation of a multi-million dollar marijuana farm in northwestern Missouri has been sentenced to six years in prison.

"Sergio Medina-Perez was a plant trimmer at the farm, a criminal grow site that federal authorities estimated to have nearly $10 million worth of drugs when it was found three years ago."

Again, I can only hope that TKC gets this kind of mercy if I'm forced to start stealing my pricey afternoon coffee.

To be fair, TKC also thinks American weed laws are bunk but that doesn't make us any more sympathetic to those making a pile of cash by breaking the law.

Who does it help when Kansas City's newspaper starts advocating for drug dealers?!?!

That's an honest question . . . There are dreamers, people in poverty and chubby youngsters who need help more than a bag man for the cartel.

And so, in fairness, we offer more info from a presser posted by Feds in order to balance a very shady narrative.

KANSAS CITY, Mo. – A Mexican national who has been deported seven times after illegally entering the United States was sentenced in federal court today for his role in a Daviess County, Missouri, marijuana-growing operation where law enforcement officers seized nearly $10 million worth of plants.

Sergio Medina-Perez, 47, of El Monte, California, was sentenced by U.S. District Judge Greg Kays to six years in federal prison without parole. This federal sentence must be served consecutively to any sentence imposed as a result of his violation of probation in an unrelated California case. Medina-Perez pleaded guilty in California to being a felon in possession of a firearm, cultivating marijuana and resisting arrest for a marijuana grow operation in Shasta County, Calif. He received a suspended imposition of sentence and was placed on three years’ probation, but indicted eight months later in this federal case.

The court also ordered Medina-Perez to forfeit the Daviess County property to the government.

Law enforcement officers, who had been keeping the marijuana grow site under surveillance, executed a search warrant at the property on Aug. 27, 2018. The plants were in a clearing inside a large area of timber. A distinct path led from a building in the wooded area to the area containing the marijuana plants.

Two days later, on Aug. 29, 2018, Medina-Perez was arrested near the grow site. He told law enforcement that he came to Missouri from California to work as a trimmer at the marijuana grow operation and was paid $100 for every pound of marijuana that he trimmed.

Co-defendant Miguel Pulido-Maldonado, also known as “Mona,” 30, ran into the woods to escape custody but was arrested on Aug. 30, 2018; he was covered in mud, his arms had numerous bites from either mosquitos or other insects and it appeared he had been outside for several days. Pulido-Maldonado had previously illegally entered the United States and was removed on Jan. 30, 2017. Pulido-Maldonado was sentenced to three years in federal prison without parole after pleading guilty to his role in the drug-trafficking conspiracy and to illegally reentering the United States.