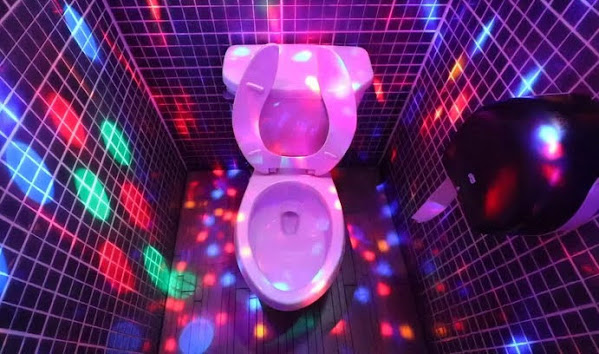 Here's what passes for progress and Western Civilization circles the toilet bowl of history if only because very few people are allowed to snicker and/or make bawdy jokes over equal access to porcelain.

Restroom equity is reportedly a big deal but it's also an argument TKC can't really take seriously because the scatological humor is a time honored tradition amongst the most brilliant writers AND jerks who probably peaked in middle-school.

Hold your water and read more of this worthwhile little link dump . . .

Starting Tuesday, any new or remodeled restrooms on property owned by the City of Kansas City, Missouri, must be gender neutral. What this boils down to is a safety issue, city leaders say. City Manger Brian Platt will sign an administrative regulation making this a requirement.