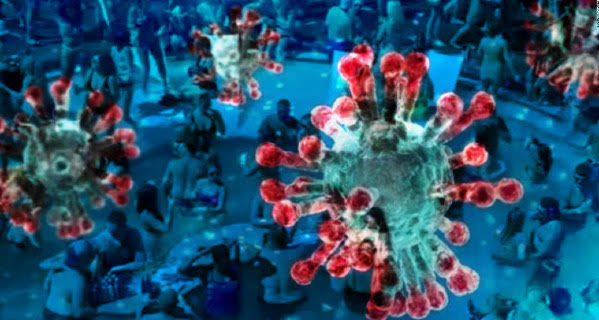 Quick double take hard times for a party place . . . This report continues to make the rounds and denounces to good times of low-rent party people . . .

'What's Covid?' Why People at America's Hardest-Partying Lake Are Not About to Get Vaccinated

OSAGE BEACH, Mo.- The petite blonde bartender in ripped jean shorts bounced to each side of a square-shaped bar as women in bikinis and shirtless men lined up on a sweltering afternoon to order Bud Light, vodka and soda, and piles of nachos at this dockside retreat in the Lake of the Ozarks region.

For TKC, the interesting part of the debate over the antics of Ozarks party people is the cognitive dissonance evoked by some of our more reactionary friends who zealously defend the "liberty" of party people who are willfully risking the spread of the new plague vs. outcry and demands for greater restrictions sparked by increasing violence that has impacted this hot spot. To be fair, gunfire is far are more easily "quantifiable" than public health data.

Second man charged in fatal shooting at Lake of the Ozarks

LAKE OZARK, Mo. - Two men from Jefferson City have been charged in the death of a man at the Lake of the Ozarks over Memorial Day weekend. Craig Hawkins Jr., 23, was charged Thursday with second-degree murder and first-degree assault in the May 29 death of Vonza Watson, 27, at the Lazy Gators entertainment venue near the Lake.

New COVID-19 cases in Missouri have continued to climb over nearly two months, and new surveillance data indicates the delta variant is almost entirely to blame. The delta variant accounts for more than 90% of all new cases in Missouri, according to the latest surveillance data from the Centers For Disease Control and Prevention, which covers a four-week period ending July 3.