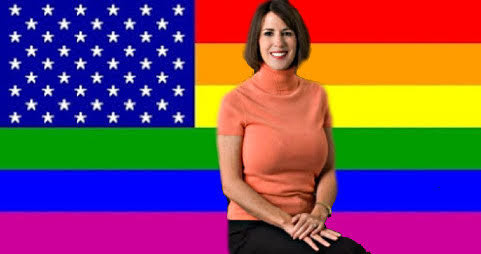 Pictured above, Independence Mayor Eileen Weir is one of the most strident advocates of LGBT rights in the metro. She wanted tp fly the rainbow flag over city hall but was, tragically, shut down.

Here's some of the discussion on the topic . . .

Council member Karen DeLuccie said the ordinance was too broad and referred to any treatment, which could include counseling. She also suggested that some forced treatment methods used in conversion therapy are already illegal.

Others said the ordinance did not specify how the ban would be enforced.

INDEPENDENCE, Mo. - The Independence City Council rejected an ordinance that would have banned therapy that seeks to change the sexual orientation or gender identity of minors. The council voted 4-3 Monday against the ordinance according to the meeting agenda. The measure was requested by the city's Human Relations Commission.