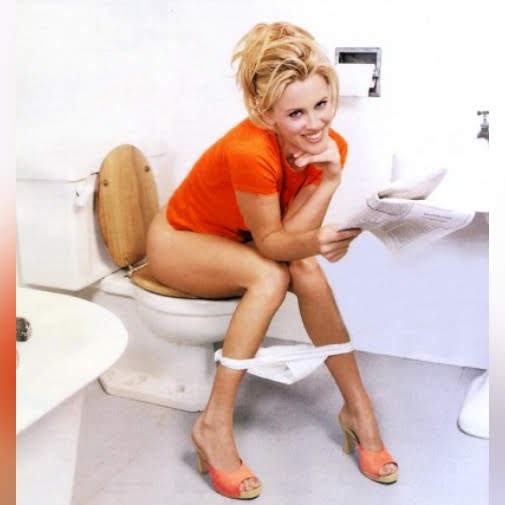 Jenny McCarthy sitting on the toilet in a widely popular advertisement for cheap shoes was probably the pinnacle of Western Civilization and so, once again, we celebrate that moment with an EPIC TKC ROUNDUP of pop culture, community news and top headlines.

KANSAS CITY, Mo. - One person was critically injured in a shooting at East 38th Street and Wabash Avenue in Kansas City, Missouri, Thursday morning. The call came in around 12:45 a.m. Officers arrived to find the victim on the side of the road with an apparent gunshot wound.

Officers were called to the 1100 block of Freeman Avenue at about 4:22 a.m. on reports of a shooting inside a residence..

KANSAS CITY, Mo. - Overland Park police are asking anyone with information about a shooting that happened Monday evening to contact police. Officers were called to the 8900 block of Metcalf Avenue around 8:40 p.m. In the parking garage of the Promontory Apartments, they found a 30-year-old man suffering "significant" injuries after being shot.


Double Death In The Dotte

by: Brian Dulle Posted: / Updated: KANSAS CITY, Kan. - The Kansas City, Kansas Police Department is investigating after two bodies were found inside an apartment complex Thursday morning. Officers responded around 11 a.m. to do a welfare check at the Cambridge at River Oak Apartments, located off N.

Man charged with fatal shooting at Lake of Ozarks bar

LAKE OZARK, Mo. - A Jefferson City man was charged Wednesday in the shooting death of a man at a popular entertainment venue near the Lake of the Ozarks during the Memorial Day weekend. Officials allege Chad Brewer, 29, shot 27-year-old Vonza Watson after a fight between several people at the Lazy Gators on May 29.


Emergency Calls: What Do Kansas Citians Ask of Police?

The familiar reply of a 911 operator has become synonymous with the current state of public safety. A new program at the Kansas City Police Department is capturing more granular data about how often residents summon officers, and why.

A donation to The Beacon goes beyond the newsroom. We amplify community voices, share resources and investigate systems, not just symptoms. The Beacon in your inbox. In-depth reporting delivered every Tuesday and Thursday morning. As a Spanish-English bilingual teacher at Gladstone Elementary School, Susana Elizarraraz found herself serving as a resource for Spanish-speaking students and families.

Therapy conversion is the controversial practice of using psychological or spiritual counseling to assist a person in overcoming gender dysphoria. We ask leaders from North Kansas City and Independence what spurred the introduction of these bills and how each city council's decision will affect their residents.

Unified Government: 'We are sorry to see Cerner leave' KCK

KANSAS CITY, KS (KCTV) -- Cerner will be leaving KCK, according to a statement from the Unified Government. Recent reports have been circulating, stating that Cerner plans to sell their campus in located at 10200 Abilities Way. Ashley Z.

Chiefs saw 4% increase in national NFL revenue despite pandemic: See how much they made

KANSAS CITY, Mo. - The Kansas City Chiefs and the 31 other teams in the National Football League played the 2020 season in stadiums ranging from fully empty to partly full, but each club's share of national revenue rose 4% to $309.2 million. That's a 4% increase from $296 million in the COVID-free 2019 season.

In partnership with Kansas City Museum as they prepare to reopen this fall, we're interviewing those who have been part of the museum's journey. This week, publisher Michael Bushnell catches up with former Parks and Recreation Director Mark McHenry and former City Architect Eric Bosch.

The two buildings at 2000 Vine Street, formerly housing Kansas City's water and street departments, have been abandoned since the 1970s. Now A trio of Kansas City business owners is transforming them into a mixed-use office and retail development.

For the long haul! Jenny McCarthy got honest about why she pushed to go to therapy with Donnie Wahlberg early on in their relationship. "Even Prince Charming and the fairy tale doesn't come without work," McCarthy, 48, shared during an appearance on The Drew Barrymore Show on Tuesday, April 20.

President Joe Biden on Thursday will call on state and local officials to offer residents $100 cash payments as an incentive to receive a Covid-19 vaccine, his administration's latest push to get Americans vaccinated as the highly contagious delta variant spreads.

U.S. refusal to defend lawmaker in Capitol riot a signal to Trump -experts

The U.S. Justice Department's refusal to defend a Republican congressman accused in a civil lawsuit of helping to incite the Jan. 6 attack on the Capitol could hamper former President Donald Trump's legal defense in the same case, experts said.

TALLAHASSEE - Florida's Covid crisis has wedged Gov. Ron DeSantis between two competing forces: public health experts who urge him to do more and anti-vaxxers who want him to do less. The Republican governor has come under attack from the medical community and Democrats as the Delta strain of Covid-19 sweeps through Florida, turning it into a national coronavirus hotspot.

Warren Says That Canceling $50,000 In Student Loans Is A 'Racial Justice Issue'

Sen. Elizabeth Warren (D-MA) pressed President Biden to unilaterally cancel $50,000 in student loans for each borrower in the interest of racial justice. Over the past week, top Democratic lawmakers have sparred over whether President Biden has the authority to forgive student debt.

One of Marvel's biggest stars is suing Disney.

A slice of Princess Diana's wedding cake could be yours. It's up for auction

Don't let them eat this cake.A slice of one of Prince Charles and Princess Diana's wedding cakes is up for auction 40 years after the nuptials were watched around the world.The iced slice came from one of the 23 official wedding cakes marking the July 29, 1981 marriage of the heir to the British throne and his shy 20-year-old bride.

Do you remember 'Whizzo the Clown'? Frank Wiziarde played him on TV for 33 years

"When you're sad, he'll make you glad, the very best friend you've ever had." Those were among lyrics to the theme song for Whizzo the Clown, who was portrayed on television for 33 years by Frank Wiziarde, including about 18 years in Topeka.

A longtime dream is about to make history.

Black Restaurant Week is in full swing around Kansas City

A sample of what to expect. // Courtesy of Black Restaurant Week Black Restaurant Week kicked off July 23 and is in full swing. But there is plenty of time to get out, explore, and support your local Black-owned eateries. The event's second year in Kansas City features nearly 50 restaurants including food trucks, bakeries, and professional chefs.

KANSAS CITY, Mo. - Live performance theaters in the metro have struggled to stay afloat since they were some of the first venues to close and last to open during the pandemic. On Monday, they will have to adhere to an indoor mask mandate as the number of COVID-19 cases surge with the delta variant spreading.

Samantha Fish // photo credit Diana King When I hop on the phone to speak with Kansas City blues guitarist and singer Samantha Fish, she is dealing with a crisis. She and her band are supposed to be in Portland for a show the next day but Southwest just canceled their flight and Fish is doing a mad scramble to...

ST JOSEPH, MO (KCTV) -- Chiefs tight end Travis Kelce left practice early with a trainer during training camp Thursday morning in St. Joseph, according to media members who were at practice. After practice, the Chiefs gave an injury update and said Kelce was experiencing tightness in his hips and back.

If you were expecting fireworks from the Royals at the trade deadline, you may be disappointed, at least if you believe the comments from General Manager Dayton Moore. Moore addressed the media in the run up to Friday's trade deadline, telling them that he liked the talent on the team despite the disappointing season.

OLATHE, Kan. - A Kansas contractor has so many unhappy customers they've started their own Facebook page. The owner promised FOX4 Problem Solvers that he plans to make things right, but his customers say they've heard it all before. Shannon Brady wanted to give her family room fireplace a fresh look.

A recording studio in Operation Breakthrough's soon-to-debut Ignition Lab on Troost Avenue will pay tribute to Mathew George after fans, friends and family of the late podcast host made more than $10,000 in donations in his name.

Picking pencils, flipping folders and bagging the best bag -- back-to-school shopping is exciting as ever. But, it's also a bit more expensive this year.Experts say supply chain issues are being felt across the country."The good news from most economists is they are expecting this to be a short-term issue," said Katherine Cullen, the Senior Director for Industry and Consumer Insights at the National Retail Federation.

KANSAS CITY, Mo. - With an excessive heat advisory issued in Kansas City for the next two days, some families say they're heated over their lack of air conditioning. The thermostat inside Rachel Ivy's home at Cloverleaf Apartments read 85 degrees Wednesday.

Today is a StormTrack5 Weather Alert Day due to the heat. Temperatures are expected to climb very rapidly again today. Mostly sunny skies through this afternoon with highs near 99 and a heat index reading of 105°-110°. There is the chance for a few isolated storms across the NE part of Missouri tonight.

Cannons - Footsteps In The Dark (The Isley Brothers Cover) is the song of the #TBT day and this is the OPEN THREAD for right now.