Smarter towns have rejected the World Cup and all of the "complications" that it will inevitably bring. 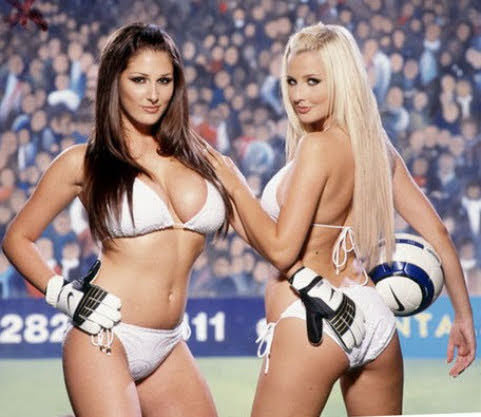 With respect to hottie Lucy & Michelle, here's a worthwhile overview of the corruption risk ignored by local media . . .

Crashing Down: A Decade Of Corruption Cripples FIFA

On a frosty December afternoon in 2010 the FIFA Executive Committee awarded the 2018 and 2022 World Cups to Russia and tiny, gas-rich Qatar respectively in front of royalty, international dignitaries, and a global TV audience. A majority of the 22 'good and true men' on the Executive Committee since faced accusations of ethical violations.

KANSAS CITY, Mo. - The organizers behind the group trying to bring part of the 2026 FIFA World Cup to Kansas City want everyone to know they're serious. To wit: There's now a 90-by-90-foot "wallscape" adorning the north side of the building at 1627 Main St. in the Crossroads Arts District.