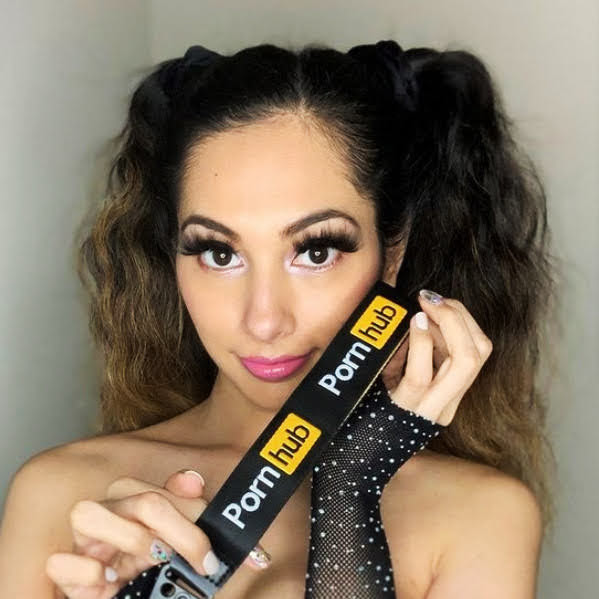 For late night readers we take a quick peek at hottie cammer Banksie doing a bit of pr0n merch promo which inspires us to check pop culture, community news and top headlines.

BONNER SPRINGS, KS (KCTV)-- Today marks 70 years since the Great Flood of 1951 in Kansas City, a natural disaster that changed the landscape of the metro forever. The Wyandotte County Historical Museum has a temporary exhibit commemorating the anniversary.

KANSAS CITY, Mo. - Kevin Strickland, the man some say was wrongfully convicted in a triple murder 43 years ago, has been granted a new hearing in DeKalb County. Strickland is set for an evidentiary hearing on Aug. 12 and Aug. 13.

By Abby Hoover, Managing Editor Unionized employees of a small family-owned company in the Northeast Industrial District went on strike after their employer failed to deliver negotiated raises, and they won. Highway Trailer sells, services and provides parts for trailers that have been an essential piece of shipping supplies during the COVID-19 pandemic.

by: Heidi Schmidt Posted: / Updated: KANSAS CITY, Mo. - Summer is flying by for many Kansas City area families. The Kansas City Health Department is working to make getting ready for fall as easy as possible. Health experts said many children are behind on regular vaccinations because clinics shifted focus to handle COVID-19 vaccinations.

PRAIRIE VILLAGE, KS (KCTV) -- A man has been sentenced today to 12 years and 6 months in federal prison without parole for engaging in two separate fraud schemes that included payday loan debt and tax evasion. Joel Jerome Tucker, 52, was sentenced to jail time, ordered to pay $8,057,079 in restitution to the Internal Revenue Service, and has to forfeit $5,000.

Senate Democrats announced a top line budget number late Tuesday that will propel their plan to enact the full array of President Joe Biden's social welfare and family aid promises without Republican votes. The proposal sets an overall limit of $3.5 trillion for the spate of Democratic policy ambitions that won't make it into a bipartisan infrastructure deal, if Congress can reach one.

Five members of a Texas family were arrested on Tuesday for entering the US Capitol together during the January 6 insurrection.

The number of people killed in days of protests in South Africa rose to at least 72 on Tuesday, police said, as soldiers and police on the streets struggled to quell some of the worst looting and violence the country has seen in years.

More Than 160 Additional Indigenous Graves Have Been Found In Canada

VANCOUVER, British Columbia - Canadian Prime Minister Justin Trudeau says his "heart breaks" after the discovery of more unmarked graves on the grounds of an Indigenous residential school in the southern Gulf Islands off the British Columbia coast.

Exclusive DailyMail.com photos show Bill Cosby smiling and looking healthy as he celebrated his 84th birthday Monday The actor told DailyMail.com, 'I just got a fresh [hair]cut for this birthday dinner tonight' Cosby paid tribute to his wife of 57 years, saying, 'In the words of James Brown, It's a man's world but it wouldn't be nothing without...Mrs.

AFC Richmond might have gotten relegated in season one of "Ted Lasso," but the Apple TV+ comedy and Kansas City metro area-native Jason Sudeikis are up for some big wins at this year's Emmys.The feel-good show - which stars Shawnee Mission West graduate Sudeikis as the unlikely new coach of

Chiefs' Travis Kelce explains why he decided to get vaccinated

by: Heidi Schmidt Posted: / Updated: KANSAS CITY, Mo. - Travis Kelce is partnering with Walgreens to spread the word about COVID-19 vaccinations. In a video shared on social media, the Chiefs tight end explains that he decided to get vaccinated to get back to what matters most.

A 56-year-old street needs widening. Will the neighborhood get it? A PIAC story

Margie Haugh was driving along 99th Street in the Bannister Acres neighborhood when she soon found herself facing an oncoming fire truck. The narrow street offered no shoulder on which to pull her car, only open ditches. "The fire truck stopped and had to inch by me," she recalls.

by: Cassie Nichols Posted: / Updated: TOPEKA (KSNT)- Frito Lay workers have been striking for a total of seven days, and one Topeka grocery store is feeling the impact. The store manager at Topeka's Seabrook Apple Market, Terry Fleer, said he only received four boxes of Frito Lay products this week.

This draft is a travesty, a disaster, a catastrophe, a boondoggle, and whatever else you want to call it. Not really, but I'm not a huge fan of Kansas City's first ten rounds of selections. Instead of writing in all caps and complaining, let's break it down into a few different categories, negatives first, positives second, and finally each pick like an NFL draft.

Creature Feature: Tigeress will be your favorite napping buddy

Tigeress. // Courtesy KCPP We teamed up with KC Pet Project to host a weekly "creature feature" on a loveable and adoptable animal here in the KC Metro. This week's local Adopt an Animal features Tigeress, a 9-year-old Domestic Shorthair Mix.

Wednesday will be hot with highs in the low 90s

THESE NUMBERS WILL PROBABLY BE HIGHER HEADING INTO TOMORWRO AFTERNOON. EVENING FORECASTOE GS FROM THE 80'S. 88 DEGREES. THAT'S WHY I MENTIONED LEMONADE BY, SAY, 8:00 WE'LL BE AT 83. MOSTLY CLEAR SKIES BY 10:00ND A MIDNIGHT BACK INTO THE 70'S.