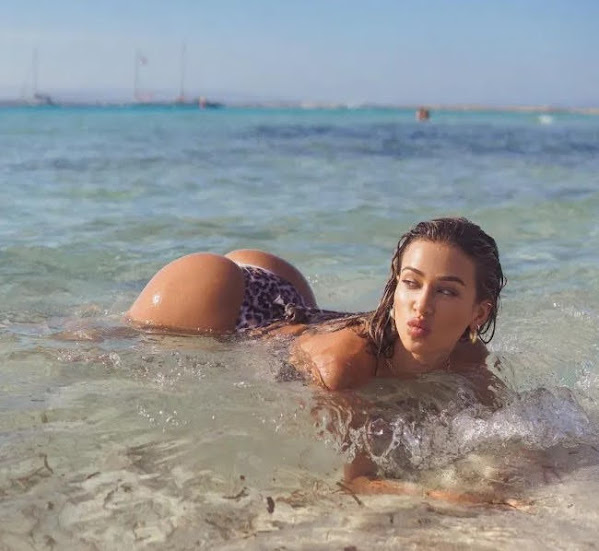 In much the same what hottie Cindy shares EPIC PROMO PIX with her fans, we gather local news links because we care enough to check pop culture, community news and top headlines for the benefit of our blog community.

Kansas City History In The Making

Kansas City Museum prepares to welcome back visitors this fall

The countdown is on to the reopening of the Kansas City Museum. The COVID-19 pandemic disrupted a massive renovation and restoration project. But it's back on track and preparing for visitors to return this fall.The majestic building at the corner of Gladstone Boulevard and Indiana Avenue is home to the Kansas City museum.

KANSAS CITY, Kan. - Park-goers in Wyandotte County are tired of the vandalism. Vandals nearly destroyed a Kansas City, Kansas park bathroom using fireworks over the Fourth of July weekend. It's one of several instances the county's department of parks and recreations is addressing.

Oso sporting his Pride gear. // Courtesy KCPP We teamed up with KC Pet Project to host a weekly "creature feature" on a loveable and adoptable animal here in the KC Metro. This week's local Adopt an Animal features Oso, a 5-year-old German Shepherd Mix.


Show-Me Flood Help On The Way

KANSAS CITY, Mo. - Missouri Gov. Mike Parson announced Tuesday he has requested the Federal Emergency Management Agency to participate in preliminary damage assessments for 17 counties affected by severe storms and flooding. The joint teams are made up of local emergency managers, representatives from the State Emergency Management Agency and FEMA.

LEE'S SUMMIT, Mo. - The City of Lee's Summit is getting some backlash about an upcoming construction project. The city said it's all about safety and progress but some homeowners being asked to sell a part of their land said the city isn't offering them enough.

BLUE SPRINGS, MO (KCTV) -- A Blue Springs mother is frustrated and concerned over gunfire in her neighborhood. On July Fourth, Kelly Farrell found a bullet hole in one of the walls of her home. I used to work at Children's Mercy in the ER, so we would see injuries all the time on Fourth of July.

OLATHE, Kan. - Imagine this. It's a Sunday and the Kansas City Chiefs are playing a noon game. Life is good right? Not if you forgot to buy the alcohol for your party. At least, that's the situation in Kansas where liquor stores don't open until noon. But things are changing.


Hotness Wins In Her Skivvies

Her fans couldn't get enough, and the update racked up over 69,200 likes within 22 hours. "Wow," one fan wrote simply, followed by a heart eyes emoji. "You're my weakness," another follower chimed in. "Zoom on the mirror," a third fan remarked, including a trio of flame emoji, captivated by the reflection of Cindy's backside in the large mirror.

WASHINGTON - President Joe Biden on Tuesday called for a renewed urgency to get more Americans vaccinated against Covid-19 as a variant of the virus is contributing to case surges in parts of the country. "We can't get complacent now," Biden said. "You can do this. Let's finish the job."

othing in life is certain except death and rich people jumping through complicated hoops to avoid paying taxes. In case you needed any more convincing about the tax side of that, please see the latest travails of the Trumps.

KABUL - The Taliban have showed off containers full of weapons and military hardware seized from the Afghan military as American forces withdraw from the country and the militants continue their march across the country. The weaponry includes 900 guns, 30 light tactical vehicles and 20 army pick-up trucks, according to NBC News' U.K.

U.S. warship leads drills in Russia's back yard, a message that the Black Sea is "for everybody"

CBS News Black Sea, on board the USS Ross - A tense confrontation between a British warship and the Russian military was captured on camera late last month. Russian planes buzzed the British vessel and issued hostile warnings. The incident took place in the Black Sea, where the U.S.

subscribe to The NPR Politics Podcast podcast On the six-month anniversary of the deadly Capitol insurrection, Acting U.S. Capitol Police Chief Yogananda Pittman shared the changes the force is implementing to bolster security in the Capitol complex and support its officers.

Britney Spears is hangin' up the mic and intends to retire from the music business ... so says her longtime manager, Larry Rudolph , who just submitted his resignation.


One Of Many Ways To Burn Bucks At The K

Oh, you know, nothing to see here. Just watching the game and casually burning through some time and money at Kauffman Stadium....wait.Yep. A Kansas City Royals fan is going viral for a stunt he nonchalantly pulled while on camera at Kauffman on Monday.

A Kansas City suburb offers the region's best bang for the buck when it comes to renting high-end apartments. Shawnee, with a population of 65,540, is the area's best city to rent a luxury apartment, according to a new study from rental listing website RentCafé. It's also No. 3 in the nation.

Kittengrams are the perfect way to warm someone's heart

On Tuesday morning, USA Football announced that together with the 15 and the Mahomies Foundation, they plan to "enhance the youth football experiences of kids throughout the greater Kansas City area this season."

Hide Transcript Show Transcript ALSO 80 DEGREES. HERE'S YOUR FORECAST FOR TSHI EVENING. WARM, HUMID, AEW F CLOUDS STARTING TO ROLL IN AHEAD OF OUR COOL FRONTAL SYSTEM. COOLING BACK DOWN AFTER SUNDOWN TO THE MIDDLE 80'S AND LOWER 80'S BY 10:00 AND 11:00.