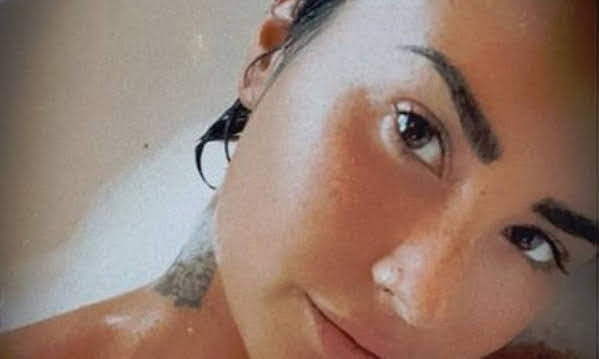 For the most dedicated denizens of the discourse we're inspired to roundup a few more links from today inspired by a classic bathing beauty pose along with a dive into pop culture, community news and top headlines.

After weeks of debate, the Kansas City Council on Thursday approved tax breaks for a project to turn the historic Katz Drug Store in Westport into an amenity center for luxury apartments. The move came just three weeks after the council rejected a development deal over disagreements about tax incentives.

KANSAS CITY, Mo. - Homeless who are still in Kansas City hotels were forced to check out Thursday as the city's temporary shelter program came to an end. Still, Kansas City Mayor Quinton Lucas is calling the program a success.

07/13/2021 5:30 PM NEWS RELEASE The tragic building collapse in Surfside Florida has City officials looking for even more preventative ways to ensure buildings, public and private, remain safe for our community. This month, the City Council will consider a resolution that looks at policies related to the inspection of City-owned or leased building structures.


Hottie Soaks In Attention And Proudly Bathes In Pronoun Declaration

Demi Lovato posted an intimate selfie from their bathtub Thursday, sharing with fans that they feel "sexiest" while in the buff. "I feel the sexiest in the bathtub w no makeup, no extensions, no lashes... naked," the "Met Him Last Night" artist - who came out as non-binary in May and uses they/them pronouns - captioned the tasteful photo.


Prez Biden Digs Up Castro And Kills His Ideology

President Joe Biden said on Thursday that Cuba is a "failed state" and called communism a "failed system" as protests play out against the Caribbean nation's repressive regime.

Taking that backdoor approach to immigration, which wouldn't require a single GOP vote, could cast a chill over any future attempts at bipartisan reform. But those bipartisan talks have stalled out in the Senate after nearly a dozen meetings, and Democrats have perhaps their only opportunity at going around Republicans on the issue.


GOP Clap Back On Cuba

Sen. Marco Rubio offered to help Black Lives Matter activists move to Cuba after the organization posted a message appearing to side with the country's communist regime instead of the anti-government protesters. "My office stands ready to help the leaders of the Black Lives Matter organization emigrate to #Cuba," the Florida Republican tweeted Thursday.


All The Old Tricks Cont’d

Watch: Khloe Kardashian Celebrates 158M IG Followers With True Pics! No one does a thirst trap quite like Khloe Kardashian . In celebration of Good American's newly launched swimsuit collection, the brand's founder modeled a neon yellow bikini freshly squeezed from the in-demand line.

KANSAS CITY, MO -- Forty years ago, one of the deadliest disasters in modern history befell Kansas City. During a dance at the Hyatt Regency Hotel in 1981, a skywalk came crashing down on the crowd below, killing 114 people and wounding more than 200 others.

On Wednesday, former Kansas City Chiefs quarterback Matt Cassel joined Zach Brook's "Upon Further Review" podcast, talking about the NFL offseason and the teams that made his career. In his appearance, Cassel came across as a guy who is grateful for every opportunity he's received - and enjoyed his ride through college and the NFL, where he carved out a pretty nice 14-year, $65 million career.

Periods of rain and storms will last into the overnight hours. The showers will be widespread, with heavy rain some gusty winds and small hail possible in isolated areas. Some flooding is possible. The overnight will be soaked as well, but as we go through the day on Friday, the rain will taper off.

And this is the OPEN THREAD for the late night.