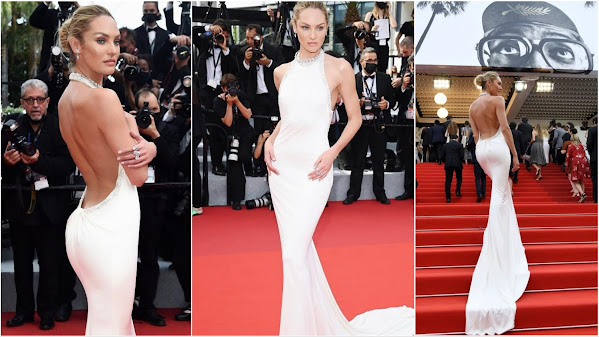 KANSAS CITY, MO (KCTV) -- "The highway corridors of America are some of the most trashy corridors that we have," says Kristin Riott the executive director of Bridging the Gap. That's why she wasn't really surprised when we showed her video of Wednesday afternoon's flooding on Interstate 35 and how MODOT says the cause was because of trash backing up the drainage system.


Cowtown Loves Boozing On The Run

by: John Pepitone Posted: / Updated: KANSAS CITY, Mo. - Helping bars and restaurants hurt by the pandemic is the goal behind a new law that makes cocktails-to-go permanent in the Show-Me State. Some say it may take years for bars and restaurants to fully recover from the impact the virus has had on our economy.

KANSAS CITY, Mo. - The increased violence in South Kansas City is all too real for Elon Freeman. "I recently lost a loved one to violence," Freeman said. "She was only 17 years old. We're not sure as to everything that has happened, and we wish that the case would get solved.

Candice Swanepoel wore a figure-clinching cream number to strut along the red carpet at Wednesday's Cannes Film Festival day two. Joining the likes of Diane Kruger, Eva Herzigová and Andie Macdowell for a screening of French drama Tout S'est Bien Passe (Everything Went Well in English), Candice, 32, stunned in the backless dress as it hugged her lithe figure.

Biden changes end of US combat mission in Afghanistan from Sept. 11 to Aug. 31

President Biden said U.S. troops will be out of Afghanistan sooner than his original Sept. 11 deadline, telling reporters Thursday U.S. forces will be home by Aug. 31. The president pushed back on some congressional calls to remain in the Middle Eastern nation as the Taliban gains in strength.

Trump's legal woes are skyrocketing. His lawyers promoting litigation to overturn the election now face sanctions hearings in Michigan for making false claims in court filings. Trump also plans to sit for a deposition in his social media lawsuit as the criminal probe into his namesake company continues.

The Democrats have a problem: They have run away from their core voters. And they are beginning to notice and worry. Lefty blogger Kevin Drum noted this recently. He observes that Republicans have moved slightly to the right, but Democrats have moved way, way to the left on social issues.

Heinz is looking to rectify an age-old conundrum of the disparity between the number of hot dogs and hot dog buns - wieners come in packs of ten while buns in eight. While there is a historical reason for the unequal number, where butchers in the '40s had 1.6 ounces of meat as the ideal weight for distribution.

by: Brian Dulle Posted: / Updated: KANSAS CITY, Mo. - Union Pacific's Big Boy No. 4014 is making its way across the country next month and will be stopping temporarily at locations across the Kansas City metro. This is the first tour since the locomotive was restored for 2019's "Great Race" tours celebrating the 150th anniversary of the transcontinental railroad's completion.

Some used cars are selling for more than new models

GLADSTONE, MO (KCTV) -- The conventional wisdom on car buying is that used cars offer better value than new. But due to a low inventory in both the new and pre-owned market, that might not be the case for every car.

Hide Transcript Show Transcript 85 DEGREES IN LAWRENCE. EVENGIN FORECAST, LOWER TO MIDDLE 80'S NEXT SEVERAL HOURS, UPPER 70'S LATER ON THIS EVENING. LIGHT BREEZE. EVENTUALLY SHIFTING MORE TOWARDS THE SOUTHEAST AT ABOUT FIVE MILESN A HOUR. SO REALLY, AICE N EVENING IF YOU CAN, MAYBE HAVE DINNER OUTSIDE.