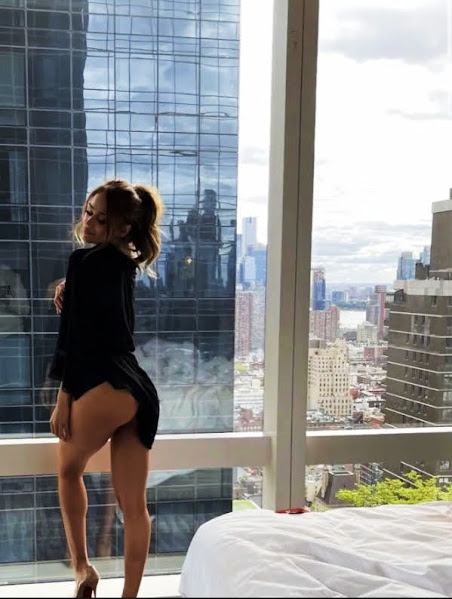 It is generally agree that weather lady Yanet Garcia is the hottest meteorologist on the planet. We won't argue the point but instead admit that she has inspired us to check pop culture, community news and top headlines.

Art & music are popping up at KC Streetcar stops this summer By Julie Denesha, KCUR 89.3 In some ways, the fortunes and aspirations of Downtown Kansas City can be traced through the themes of the annual Art in the Loop celebration, which brings visual arts, music and dance into the Downtown districts for weeks [...]

KCPD finds decomposed body off of I-35

KANSAS CITY, Mo. - Kansas City, Missouri, police were notified of a body found Monday morning. The call came in around 11:20 a.m. at Interstate 35 and 12th Street. Police said the body was found in thick brush to the east of the I-35 entrance ramp.

Yanet Garcia is baring it all on social media. The Mexican TV presenter took to her feed to share a very revealing snapshot, featuring her beautiful self posing indoors while wearing only a red thong and matching bra. The picture gained some immediate viral attention, garnering plenty of likes and comments.


Iraq Exit Strategy After All

US combat forces to leave Iraq by end of year

President Joe Biden has said US combat forces will leave Iraq by the end of this year, though troops will continue to train and advise the Iraqi military. The announcement came after Mr Biden held talks with Iraqi Prime Minister Mustafa al-Kadhimi at the White House.

In GOP Poll From Hell, Republicans Say They Want Don Jr. to Be President in 2024

A recurring nightmare among millions of Americans is that come 2024, Donald Trump will forget the fact that he actually hated being president, decide to run again, and win. Seriously, can you think of a more horrifying scenario, except perhaps falling through a sidewalk into a rat-filled chasm, which some people might still prefer?

Joe's Weather Blog: It's going to get hotter before a break comes Friday (MON-7/26)

CHECK THE LATEST ISSUE OF THE TKC COMMUNIQUÉ!!!

Subscribe to the newsletter so that you don't miss and issue.

Khalid - New Normal is the song of the day and this is the OPEN THREAD for right now.