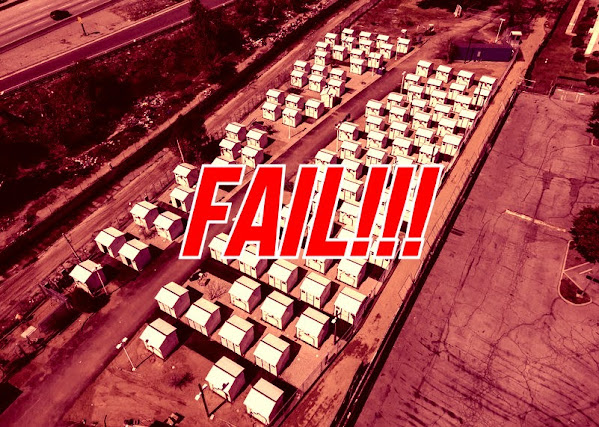 Today the newspaper is either being willfully naive or showing us how much they don't know about how city hall works.

Here's the money line from a recent column wherein the paper gives marching order for KCMO when, in fact, most of their editorial board lives in JoCo . . .

"The let’s-just-get-started resolution/ordinance passed on Thursday also allows the city to consider proposals from owners of vacant private properties that could be purchased and rehabilitated to house homeless residents. Council members said they had heard some promising ideas, including using a former long-term care facility and vacant hotels."

To be fair the newspaper admits that no location has been revealed to the public and plans remain stalled.

THE COST OF THE HOMELESS HOTELS STILL NEED TO BE PAID AND ANONYMOUS ACTIVISTS WORKING BY WAY OF A SHADY GROUP WITHOUT AN IRS ID MUST TAKE THEIR CUT!!! BY THE TIME THE FEEDING FRENZY IS OVER THERE WON'T BE ANY CASH FOR THESE GLORIFIED DOG SHEDS!!!

Public reaction to KCMO homeless initiatives has been overwhelmingly negative and Mayor Q doesn't have more political capital to expend on this issue.

Here's more for TKC readers that is hopefully obscured by a paywall . . .

After multiple delays, help to homeless Kansas Citians is finally on the way

Despite the best efforts of Kansas City Councilwoman Katheryn Shields to delay concrete plans to help house the homeless, the fed-up City Council finally found a way forward anyway on Thursday, and it's about time. Thursday's action authorizes the city to spend $2.5 million on social services in preparation for a 200-bed village of individual little shelters for people experiencing homelessness.