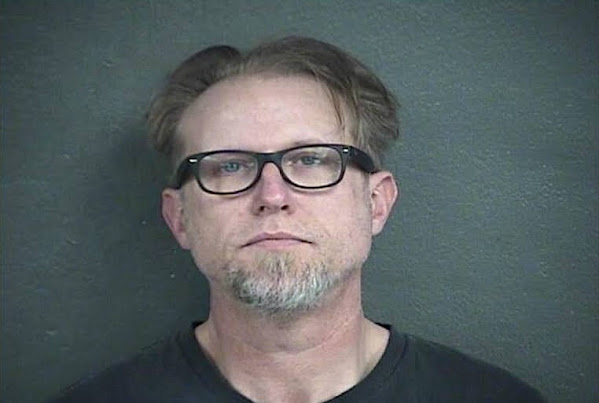 Here are the rules and the "new normal" for life in Kansas City as we, hopefully, are near the conclusion of the pandemic.

Locals can repeatedly knock over an urban core Hardee's and leave jail later in the day . . . But a panty raid targeting politicos is tantamount to treason and will earn stern rebuke.

As always, TKC will never disobey the rules, we just want to know what they are and the penalties associated with getting caught on the wrong side of laws that are obviously in flux.

Also, I might grab some tacos later in the day and clearly payment seems optional.

From a lesser blog, here's the latest on a suspect in the CAPITAL INSURRECTION that now comprises half of CNN's content nowadays . . .

"U.S. District Judge Timothy Kelly denied Chrestman’s request to be released from custody, upholding a previous judge’s ruling that he was a danger to the community. The Olathe man has been incarcerated since federal agents arrested him on Feb 11.

"Kelly went through a laundry list of Chrestman’s alleged actions on the day of the riot that the judge said were captured by dozens of photos and videos. The actions, Kelly said, included Chrestman wielding an ax handle, encouraging the crowd to storm the Capitol and confronting law enforcement, telling an officer that “You shoot and I’ll take your f------ ass out!”

As is his right, the judge chastised the dude and referenced the CAPITOL INSURRECTION as part of the reason for keeping the retired Marine and selfie-enthusiast locked up despite his pleas regarding back pain.

Dont' get it twisted, TKC doesn't have much sympathy for most people in the can and the dude isn't the "Jean Valjean" of Olathe. In fact, MOST DUDES in the clink claim that they don't deserve the punishment.

And so we offer a few more links on this ongoing drama and a date which will live in infamy or at least until midterm elections . . .

KANSAS CITY, Mo. - A federal judge denied a Kansas City-area Proud Boy's request to await his trial outside of jail on Friday. William Chrestman, 47, was charged for his connection to the January 6 riot at the U.S. Capitol. In the motion, Chrestman argued several points in why he should be released until his trial date.

Attorneys for William Chrestman say their client hasn't been able to get proper care while in the D.C. Jail. WASHINGTON - A Kansas Proud Boy charged in the Capitol riot has asked a judge to release him from jail due to chronic back pain - a condition, prosecutors say, which didn't prevent him from allegedly wielding an axe handle against police outside the Capitol.

Sharply split along party lines, the House launched a new investigation of the Jan. 6 Capitol riot on Wednesday, approving a special committee to probe the violent attack as police officers who were injured fighting Donald Trump's supporters watched from the gallery above.

The House passed legislation Wednesday that will form a select committee to investigate the violent Jan. 6 riot in which supporters of then-President Donald Trump stormed the U.S. Capitol. The measure passed in a 222-190 party-line vote. Only two Republicans, Reps. Adam Kinzinger, R-Ill., and Liz Cheney, R-Wyo., voted in favor of it.


Former cop who allegedly attacked police with flagpole during Capitol riots to be released from jail, placed on house arrest

A former Marine and New York Police Department officer who allegedly assaulted law enforcement with a metal flagpole during the Jan. 6 insurrection at the U.S. Capitol is being released from jail.

The security fence around the perimeter of the US Capitol complex will be removed starting next week, more than six months after the Jan. 6 riot that led to its construction, Fox News reported Thursday. Two rings of fencing were erected after supporters of former President Donald Trump breached the Capitol complex on Jan.