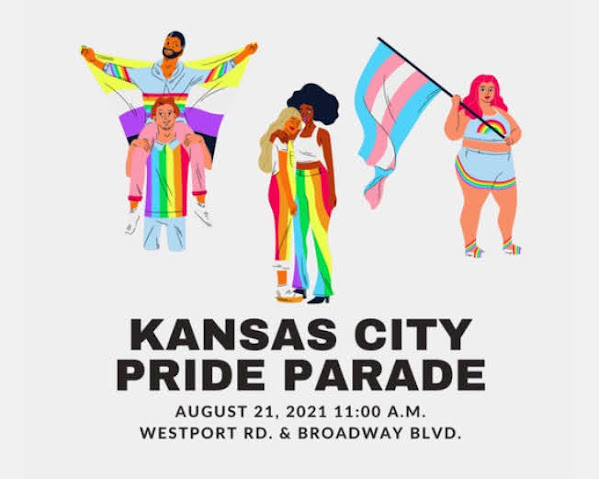 A point of local pride and actually a display of equity that will be good for biz, local party life and this town's sense of normalcy — Inasmuch as the LGBT community had dominated the politics and cultural life of Midtown KC for more than a generation with no end to their reign in sight . . . Even in the advent of the toy train.

Here's the word from an AWESOME TKC READER . . .

"After more than 12 years without a Gay Pride Parade in Kansas City, the new group running the festival is bringing back a Parade from Westport through the Plaza to Theis Park.   They've had festivals, but just not a parade as other cities do."

🏳️‍🌈⚧ KANSAS CITY PRIDE PARADE! ⚧🏳️‍🌈
We are bringing the parade back to KC on Saturday, August 21st at 11 a.m. - it will kick off from Westport Rd. & Broadway Blvd. and travel south to Emanuel Cleaver II Blvd., continuing east to Theis Park where Show-Me Kansas City Pride will be held!