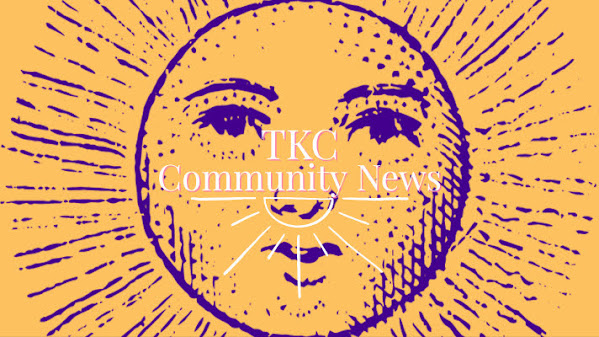 For the midday we update our our community news section that we want to keep going despite the bevy of bad news that dominates most reporting.

50 MILLION BUCKS WORTH OF STIMMY AVAILABLE FOR KANSAS CITY!!!

KANSAS CITY, Mo. - AltCap, a community development financial institution, has reopened its KC Region Small Business Relief Loan Fund. Qualified small businesses can apply for a loan up to $50,000. The loans have three-year terms with 0% interest for the first 12 months.

KANSAS CITY, MO (KCTV) -- The Kansas City Chiefs are looking to hire workers for both football season and special events. The GEHA Field at Arrowhead Stadium Job Fair will take place from 9 a.m. to 2 p.m. on both Friday and Saturday inside the North Club on the CommunityAmerica Club Level.

On July 19, representatives from Missouri Department of Transportation (MoDOT) will be at City Union Mission's Christian Life Center to assist in the online application process, hoping to fill 60 job openings with MoDOT. This event is open to anyone in the Kansas City community in need of a job.

KANSAS CITY, MO (KCTV) -- Authorities are asking for help in finding a dementia patient who walked out of Truman Medical Center early Saturday morning and is considered missing and endangered. Kansas City police sent out a Silver Alert early Saturday for Delbert Garrett, 68. He was last seen at 2:30 a.m.


Give Kansas City A Brake

EARLIER | Police say a blue Kenworth semi-truck was stopped at a red light at the bottom of the westbound exit ramp from I-70, at Van Brunt. When the light turned green the Kenworth pulled forward, but the driver did not see an orange Tao motorbike traveling north in lane #3 of northbound Van Brunt.

KANSAS CITY, Mo. - The Kansas City, Missouri, Health Department is trying to prevent students from being sent home this fall, in part, by holding a walk-in vaccination clinic. Frank Thompson, KCMO Health Department deputy director, told 41 Action News many children are behind on their immunizations due to the COVID-19 pandemic.

Pfizer Inc. and two other companies have agreed to pay $345 million to resolve long-running litigation over EpiPen price hikes. In documents filed in federal court in Kansas City, Kansas, the companies asked the court to grant preliminary approval to the settlement, which would end the litigation against the three companies.

LENEXA, Kan. - If you plan to make any upgrades to your home, a new home improvement and donation center in Johnson County could score you big savings. Habitat for Humanity of Kansas City will open its fifth ReStore location in Lenexa later this fall.

What happened to Kansas City's plan to build 10,000 rain gardens to prevent flooding?

When it rains, it pours. And when it rains in Kansas City, you can bet that it will flood. It's not just your perception. Our temperatures are rising and we're seeing more precipitation than in the past. More rain means more floods.

By Kathy Feist In the next few weeks, the by August 31st to receive funding for the 2022/2023 fiscal year. (For more information on the participation process check out Public Improvements Advisory Committee (PIAC) will be holding public hearings across the city to gather information from citizens on what infrastructure and park improvements are needed in their communities.

KANSAS CITY, Mo. - Hy-Vee stores in the Kansas City area will give away 50,000 breakfast bundles in the parking lot of GEHA Field at Arrowhead Stadium. The drive-thru giveaway event will be held from 11 a.m. to 1 p.m. - or while supplies last - on Tuesday, July 20.

KANSAS CITY, Mo. - Stadium seats will easily fill this upcoming NFL season, but the hiring process for stadium jobs could be much more difficult. On Friday and Saturday, the Kansas City Chiefs are hosting a job fair for a number of game day and event day positions.

On this week's episode of the Northeast Newscast Intern Lexi Garcia interviews Northeast resident Roger MacBride about the unique artist venue. His home, made mostly of found materials, evolved into the Raj Ma Hall, a music venue and studio space during COVID-19.

It's been a record-setting summer for the KC Pet Project . The animal shelter took in its highest-ever number of animals in June: 1,400, compared to its usual 1,000. It's one of the only shelters in Kansas City that isn't allowed to turn away animals. And now, it's overflowing.

In the ring with Santino: How a KC-area French Bulldog became a championship showstopper

Hide Transcript Show Transcript FORECAST AND THEN WE'LL UNPACK THIS. WE'VE GOT THE FOG THIS MORNING. WE'LL HAVE SUNSHINE BRIGHT SUNSHINE THROUGH ABOUT NOON THEN YOU'LL START TO SEE THE CUMULUS CLOUD START TO DEVELOP AND THEN CONGEAL INTO BE A STORM CLOUD BUT NOT FOR EVERYBODY.