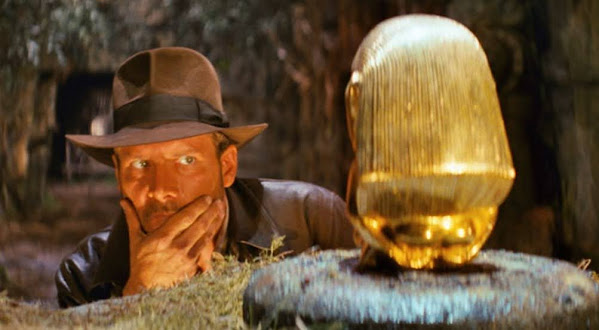 In local "cultural appropriation" news we compliment a local art mag for holding the museum accountable for some of the finest pilfered loot on display and disguised as high art.

Accordingly here's the backstory on a display we've all scene that might have been part of a horrific war crime even worse than that Indiana Jones movie with Shia LaBeouf . . . Check-it . . .

In its press release at the time, the museum noted that the “Commemorative Head of an Oba” was believed to have been among a cache of objects taken by British troops in 1897. The British were in the process of annexing the territory and leveling the kingdom in a campaign known as the Benin Punitive Expedition. Before its acquisition, the piece had long been in unidentified private hands.

Today, in an age of post-colonial thought, heightened cultural activism and profound art-world self-reflection, museums have been recalibrating their moral compasses.

When The Nelson-Atkins Museum of Art landed a rare Nigerian sculpture in the late 1980s, it touted the find as perhaps the most expensive piece of African art ever bought by a museum. Although never officially announced, the price was estimated by "The Kansas City Star" to fall in a range just below a million dollars.