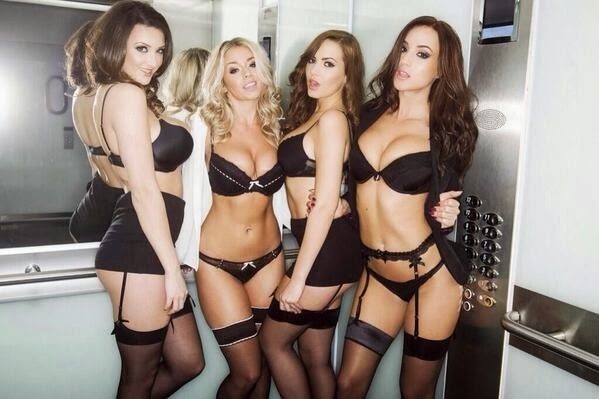 We start with a bit of a tribute to a long departed lad mag as we check pop culture, community news and top headlines to start the day whilst our "journalist" friends are still sleeping next to partners they no longer love . . . I'm assuming . . . Whilst blogging this angry and alone . . . Like most TKC readers.


New Lesson In Lack Of Discipline

Last week, an adjusted code of conduct was approved by the school board with a unanimous vote. This move comes as Black students in Missouri face suspension four times as often as their white peers. The superintendent of KCPS explains why this decision was needed to improve educational and personal outcomes for children in the district.

The abandoned Marlborough school building at 74th and Tracy was built in 1927, and has sat vacant since 2007. Since that time, neighbors have watched the building and the 4-acre property slowly deteriorate. But a new partnership could revitalize the building.

Missouri Attorney General Eric Schmitt asked the U.S. Supreme Court to consider an appeal of a ruling striking down new restrictions on when abortions can occur. Schmitt said he filed a request Thursday for the nation's highest court to hear arguments on a 2019 state law that bans abortions as soon as eight weeks into pregnancy and also prohibits abortions based on a Down syndrome diagnosis.A three-judge panel of the Eighth U.S.

KANSAS CITY, Mo. - Multiple changes to the Kansas concealed carry law, including a lower age requirement, took effect Thursday. Provisional licenses are now available for residents between 18 and 20 years old. That age range had already been allowed to open carry in the state.

It takes just six steps to cross the room Nicole Ball has called home for eight months of the pandemic. She has two hotplates and a microwave barely big enough to fit a freezer meal. Her 300-square foot room at a Lenexa extended stay hotel is clean. She keeps it that way.

SHAWNEE, KS (KCTV) -- There is a terrible secret about what happened 50+ years ago. Most of us have never heard about it. It's referred to in history as "The 60s Scoop." It involves "scooping" Native American babies from their tribes in Canada for adoption to mostly white families.

NEW CENTURY, Kan. - When the KC Air Show takes flight Saturday from the New Century AirCenter in New Century, Kansas, the U.S. Air Force Thunderbirds' sole female pilot will be front and center - literally. "I don't feel like I stick out from everyone else at this point, but I am reminded of it every time we go to a show," Maj.

Martin Robinson, whose men's title celebrates its 400th issue this week, said old-style lads' print mags had not recognised "a shift in how men are thinking about themselves away from that laddish culture, which has kind of disappeared".


In Defense Of Daddy


EPIC Cash For Betrayal Of Trust

The Boy Scouts of America have reached an agreement with attorneys representing some 60,000 victims of child sex abuse in what could prove to be a pivotal moment in the organization's bankruptcy case.

Attorney General Merrick Garland has ordered a temporarily halt to federal executions as Justice Department senior officials review the policies and procedures for the controversial punishment.

President Biden raised concerns about global warming during remarks on what could have potentially contributed to the Surfside Condo collapse near Miami last week. The president said he doesn't have any "firm proof" on what caused the collapse that left 18 dead and 145 still missing, but that there was all kinds of "rational speculation," including "whether or not rising sea levels had impact."

aji Ghoulam Farouq Siawshani watched the Taliban rampage across northern Afghanistan this month, weighing up the threat from militants on his doorstep. Then, 10 days ago, the former oil trader turned militia commander issued a call to arms. "Where the Taliban go, they bring destruction, and they are one kilometre away from my village," he told the Guardian.

The professional co-conservator for Britney Spears' estate filed a petition to resign Thursday following the pop star's explosive testimony last week in which she called the situation abusive. Bessemer Trust filed documents in Los Angeles Superior Court asking to be removed from its position as co-conservator with her father, James "Jamie" Spears.

A whole mess of fresh July events for you and yours

First Fridays are back this month, along with a host of other highly anticipated events. From Q Kansas City BBQ Festival to The Black Creatures concerts, from LARPing to goat yoga, there's a little something for everyone. Check it out below and follow our calendar chock-full of events around the city for more updates.

Crews to begin demolition of collapsing hotel in Excelsior Springs

EXCELSIOR SPRINGS, Mo. - Crews plan to begin demolishing a hotel in Excelsior Springs that started to collapse Wednesday. The work on the Royal Hotel scheduled to begin Friday morning. It's expected to take three to five days to demolish the entire hotel. Bricks started falling from the hotel on May 21.


Fanbois Wanted It More Than Chiefs

TAMPA, Fla. (AP) - Two men who ran onto the field during the final quarter of Super Bowl LV in February have pleaded no contest to trespassing and agreed to a year of probation. The two reached the deal Tuesday during a virtual hearing in Tampa, Florida.

Friday will be sunny with highs in the low 80s

Scattered rain showers are possible this evening well south of the metro. Patchy fog is likely in the morning on Friday. Drier weather will follow into the weekend with highs in the low- and mid-80s. Fog will be possible the next several mornings. Highs will be in the mid-80s through the holiday weekend with sunshine.

T-Pain & Kehlani - I Like Dat is the song of the day and this is the OPEN THREAD for right now.