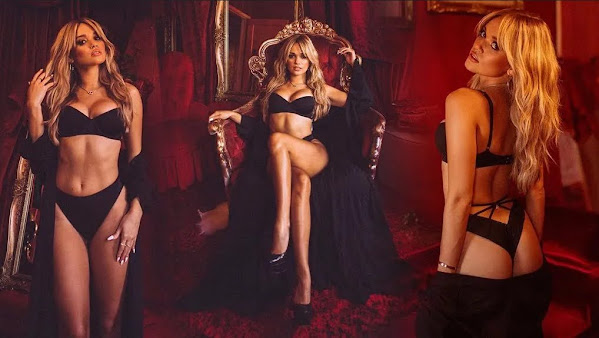 For our beloved night owl denizens we take a peek at hottie Maddy and her social media winning along with pop culture, community news and top headlines.

KANSAS CITY, MO - As the number of COVID-19 cases continues to rise in Kansas City, places of worship are welcoming their members back inside, with many vaccinated but some who are still hesitant.


Rising From The Ashes

KANSAS CITY, Mo. - Dozens of business owners are recovering from a fire that happened last week in east Kansas City, Missouri. FOX4 told you about the fire last week at Leeds Industrial Park that burned for hours and damaged many things inside.

Driver being investigated for impairment after striking, killing pedestrian on I-70

KANSAS CITY, MO (KCTV) -- Kansas City police are investigating after a pedestrian was hit by a car overnight and died. According to the police department, the crash happened just after 1 a.m. on eastbound I-70 at Brooklyn Avenue. A black Ford Freestyle was going east on the interstate behind a semi.

GLENAIRE, Mo. - The Clay County Sheriff's Office is investigating the death of three adults inside a home Wednesday. The incident occurred at a home near Wherritt Lane and Kirkland Street. Deputies responded to the home around 1 p.m. after a neighbor reported not seeing the resident for some time.

Madison Pettis became a regular on the American-Canadian sitcom, Life With Boys. Madison Pettis has been acting since a very young age, making her first-ever appearance on Barney back in 2005. The actress has had an agent since 5 years old, and it doesn't appear as if she'll be stopping anytime soon.

Biden: 'Nothing at all will get done' if filibuster abolished

When pressed by CNN's Don Lemon on why the filibuster is worth protecting, Biden said keeping the filibuster is not more important than protecting voting rights. He said that he believes his administration and Congress can pass the John Lewis Voting Rights Act without axing the Senate rule - one Biden has agreed, as former President Barack Obama put it, is a "relic of the Jim Crow era."

Fact checking Rep. Jordan's claim that Speaker Pelosi was responsible for US Capitol security on January 6

Republican Rep. Jim Jordan of Ohio suggested Wednesday that House Speaker Nancy Pelosi had been responsible for the security presence at the US Capitol on January 6, after Pelosi rejected his appointment to serve on the select committee investigating the insurrection.

Republican negotiators say they need more details before moving forward. Senate Democrats on Wednesday lost a key test vote to allow a bipartisan infrastructure deal to advance -- after Republicans involved in the talks say they needed more time to finalize details before helping Democrats meet the Senate's 60-vote threshold to start debate on the bill.

Joe Biden has expressed optimism that young children would soon become eligible for Covid-19 inoculations, while urging unvaccinated Americans to take the "gigantically important" step of getting their shots as the virus surges across the US.

China's military has blasted a dam to release water threatening one of its most heavily populated provinces, as the death toll in widespread flooding rose to at least 25 and was expected to climb further.

Guitar wiz Eric Clapton won't bring his ax to venues that require the vax. Drawing from his own experience - an AstraZeneca shot he described as "disastrous" - the "Tears in Heaven" singer stated that he took exception to English Prime Minister Boris Johnson's decision that unvaccinated people would not be allowed inside English clubs and music venues.

A representative for the royal family says the prince spoke to his grandmother privately. When news broke that Prince Harry is writing a memoir that will give "the definitive account of the experiences, adventures, losses, and life lessons that have helped shape" him, the biggest question on everyone's mind was whether or not the young royal had to ask his grandmother, Queen Elizabeth II, for permission.

A new festival is coming to Legends Field in Kansas City, Kansas, in September, featuring tacos, tequila and an all-star lineup of performers headlined by Ludacris.The Tacos & Tequila Festival will take place on Sept.

MERRIAM, KS (KCTV) -- Bus companies in Kansas and Missouri are experiencing a bus driver shortage, as the 2021-2022 school year is set to start in districts across the metro in a few weeks. Companies are offering prospective hires a variety of incentives to convince them to apply, but many are still short staffed.

Amanda Arany, TCF Board Vice President. // Courtesy TCF Jake Walker was one of more than 50,000 union workers who lost thousands of dollars of expected income due to gigs lost in 2020-so he reached out to his friends on Facebook to ask for help.

Thursday will be mostly sunny, highs in low 90s

Hide Transcript Show Transcript our temperatures will continue to fall 87 degrees by our five o'clock news time. Six PM will be at 87 9 p.m. 80 degrees, even a few clouds. But I think they'll be thinner by the time the sun goes down. But still, the Hayes is going to be out there.