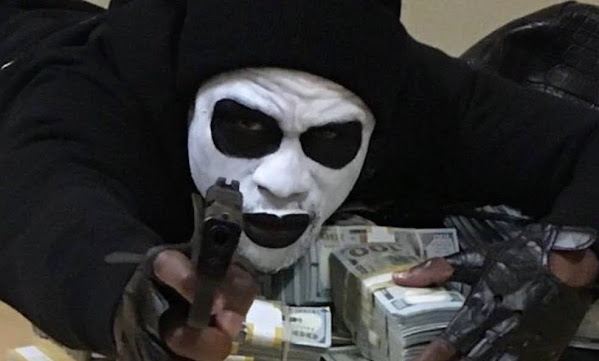 Dead Presidents is one of my favorite heist movie and speaks to American hopelessness of the 70s during the heroin epidemic.

Meanwhile, whilst we don't claim to understand macroeconomics and the current dispute that pits fear of inflation vs. legit arguments that the nation is confronting a far more dangerous deflationary period . . . We do know that hard times are impacting po'folk now that the eviction moratorium is concluding and the COVID stimmy is coming to an end.

Accordingly, we notice that robberies are trending and, sadly, many rookie crooks (wrongly) assume that it's easier to take down banks on the outskirts of town or in otherwise peaceful suburban areas . . . Read more . . .

LENEXA, KS (KCTV) -- The FBI is investigating an attempted bank robbery that happened on Tuesday afternoon in Lenexa. It happened just after 1 p.m. at the Bank of America branch at 7747 Quivira Road. The FBI says the suspect entered the bank and gave the teller a demand note.

KANSAS CITY, Mo. - A man attempted to rob a Lenexa bank Tuesday afternoon, according to the FBI. Shortly after 1 p.m., a man wearing a black hat, black face mask and teal neck gaiter entered Bank of America, 7747 Quivira, and gave a teller a "demand note," a news release stated.