Kansas City Man Said 'She Had To Die' After Knifing Mother Of 4!!! 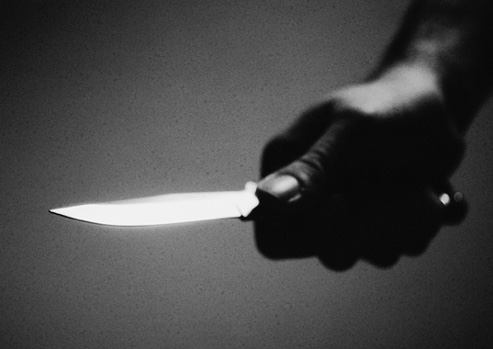 In this report, tragic deets of a woman's demise remind us of the many dangers confronted by single-mothers in Kansas City.

She had been stabbed multiple times and a vehicle in the driveway had a lot blood inside it.

Earlier that day, family members had seen Vine with a "younger man" with a backpack. They said she had met him at work. Management at that workplace told police Vine had been in a relationship with an individual identified as THE ASSAILANT.

He told police he'd been at Vine's residence the night she was killed. He said he stabbed her several times because "she had to die."

He then fled, hid the knife, took a shower, and burned the clothes he was wearing in the backyard.

JACKSON COUNTY, MO (KCTV) -- A Kansas City man has been sentenced to 23 years in prison for fatally stabbing a mother of four in 2018. Xzavier C. McDowell, now 20 years old, had pleaded guilty in February 2020 to second-degree murder and armed criminal action.