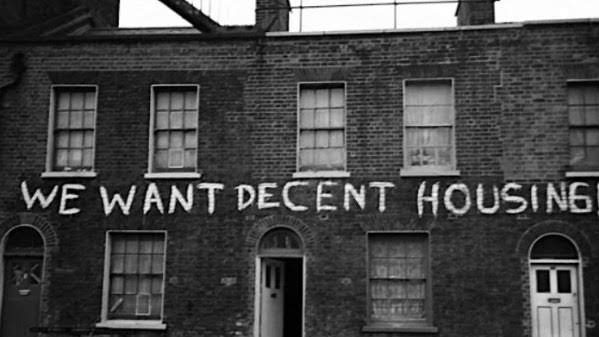 It's the last day of the CDC eviction moratorium which threatens to fundamentally change how MILLIONS of Americans regard housing.

Already home prices have endured a decline that will likely worsen.

Meanwhile, on the local level, we can expect our apartment dwelling friends to endure their neighbors doubling and tripling up as people scramble to keep a roof over their head.

The Centers for Disease Control and Prevention's eviction moratorium is set to expire Saturday. Hundreds of people across Kansas City are still waiting for rental assistance.Since March, Kansas City has received 7,500 applications for rental and utility assistance.

KANSAS CITY, Mo. - Thousands of emergency housing applications have yet to be processed in Kansas City, Missouri, which are all households who need immediate help. They could face eviction if the federal moratorium isn't extended before July 31. "We were essentially flying the plane as we built it," Becky Poitras, development director at Metro Lutheran Ministry said.

"We've been circling a drain," said KC Tenants Director Tara Raghuveer, a housing organizer in Kansas City, Mo. "On Saturday, poor and working-class tenants go down the drain in some places." The last-minute gridlock between President Joe Biden and Democrats in Congress that resulted in the demise of the eviction ban this week threatens to impose new economic burdens on state and local governments.


Representative Cori Bush sleeps outside Capitol to protest end of eviction freeze: "I know what it's like"

Congresswomen Cori Bush, Ilhan Omar and Ayanna Pressley slept outside the U.S. Capitol on Friday night in protest of the end of the eviction moratorium. The moratorium, which was enacted by the Centers for Disease Control and Prevention, is set to expire Sunday at midnight.

WASHINGTON, July 30 (Reuters) - The U.S. House of Representatives adjourned on Friday without renewing an 11-month-old pandemic-related federal moratorium on residential evictions set to expire on Saturday after a Republican congressman blocked a bid to extend it until Oct. 18.

In a letter first seen by ABC News, they ask for action despite a SCOTUS ruling. In a new letter to President Joe Biden and CDC Director Rochelle Walensky, progressive members of Congress are calling for the CDC to "leverage every authority available to extend the eviction moratorium" after the House failed to take action Friday to extend the eviction ban set to expire Saturday at midnight.

President Biden on Friday urged states to pump out $46.5 billion in federal rental relief to prevent a wave of evictions as Democrats on Capitol Hill struggle to find enough votes to extend a national moratorium amid a resurgence of COVID-19 cases.