Under the leadership and direction of Mayor Q, over the past year Kansas City has spent MILLIONS to provide housing, food, drug treatment and a myriad of services to the homeless.

The crisis started in the midst of the pandemic and when homeless activists established protest camps at city hall and in Westport.

In 2020, the Westport protest site called itself "Camp 6ixx" in honor of a homeless man who froze to death earlier that year.

Mayor Quinton Lucas negotiated with leader of the "Kansas City Homeless Union" including a man who called himself Qadhafi and granted more than a hundred homeless locals the services we mentioned previously.

At the conclusion of the Westport protest camp . . . There was some outcry when the city bulldozed the site . . . 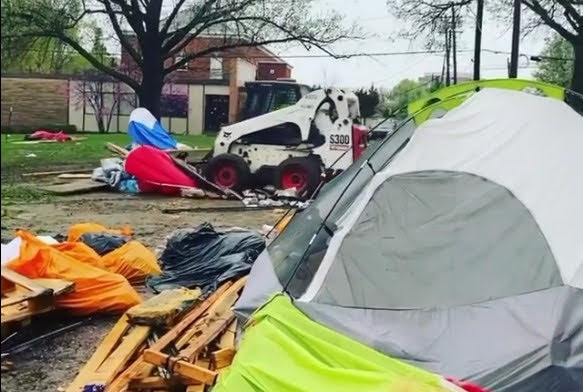 THE KANSAS CITY HOMELESS CAMP HAS RETURNED TO WESTPORT!!! 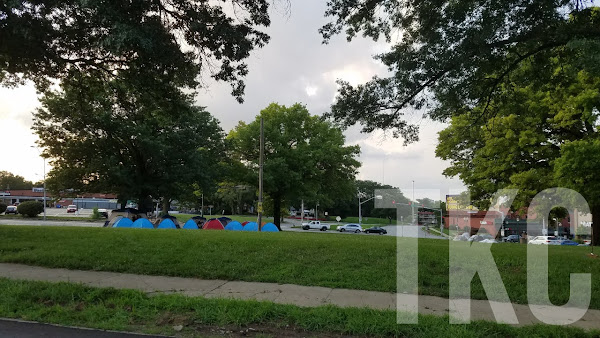 A word from a KICK-ASS TKC TIPSTER who sent the top photo our way . . .

"This is ridiculous. Kansas City has now spent millions on the homeless and now we're back at square one. Obviously, nothing has changed and I expect the camp to grow and continue to chase away business in the area just like they did last time. Thanks Q!"