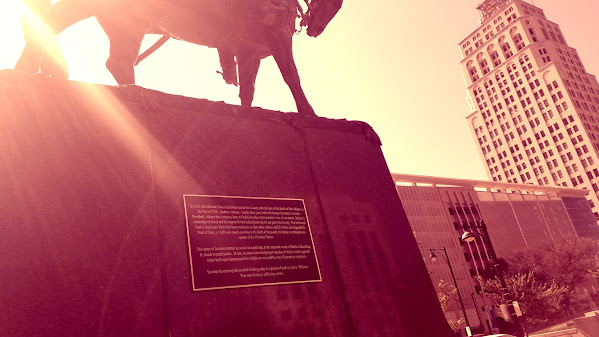 The fight for social justice continues in downtown Kansas City as a local alternative magazine demands action beyond the will of voters.

Here's "alternative" opinion regarding the recent permanent tag on the statue of slaver dead prez Andrew Jackson at the courthouse . . .

"The plaque is just a bandage over the bigger issue surrounding the statue. Why are we still idolizing people who were blatantly racist?"

TKC loves a great historical debate but the tiny screed doesn't pay much attention to the impact of a cultural shift on history . . . In much the same way that Richard Pryor's bit about the difference between beating black women vs. beating white women doesn't really hold up either.

Interestingly, every news outlet in Kansas City filed a report on it but only two bothered to document the signage . . . Thanks to TKC TIPSTERS here's a glimpse at the new historical marker for those who haven't seen it yet . . . 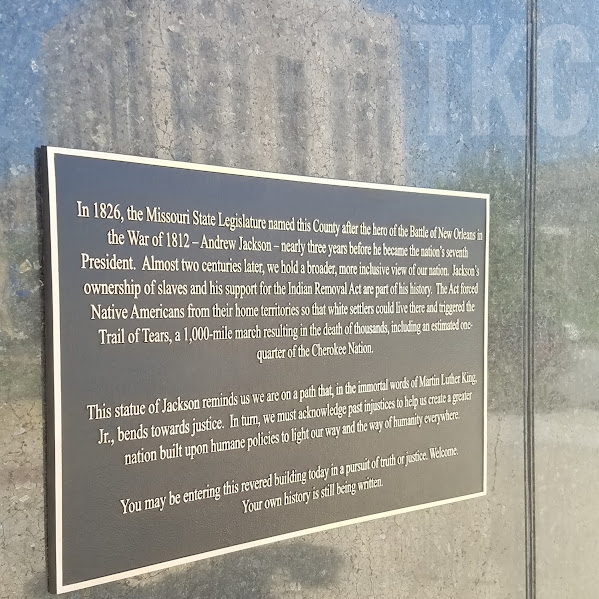 We may not always agree with the will of voters but we respect it.

If our hipster friends are encouraging more people to vote and become engaged in courthouse politics that would be cool . . . But those efforts have continually proved unsuccessful.

Instead, we notice that from both sides of the aisle, online ranting is far easier than coping realistically with political setbacks.

Andrew Jackson statue in KC. // Photo via Google Maps After 59% of voters decided to keep the statue of President Andrew Jackson outside the downtown Kansas City courthouse, a new plaque has been added telling of Jackson's history as a slave owner and his support in removing Native Americans from their land.