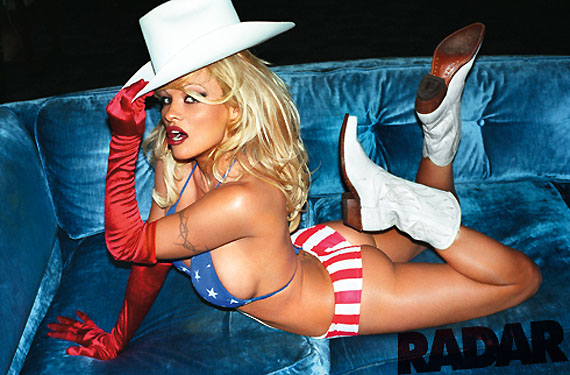 Right now our KICK-ASS TKC BLOG COMMUNITY salutes hottie Pam and her legacy of work that is both newsworthy and patriotic as it inspires us to check pop culture, community news and top headlines.

The last 60 days have been just brutal for Royals fans everywhere. Entering Friday night, Kansas City had lost 21 of its last 25 games, and there was absolutely nothing to be positive about during an ongoing nine-game losing streak.


Locals Looking For This Dude

KANSAS CITY, Mo. - Independence police want the public's help to find a missing 54-year-old man. Paul Jensen was last seen about 6 a.m. Friday as he walked from his home in the 9600 block of East Ninth Street South, according to a police department news release.

KANSAS CITY, Kan. - A Kansas City, Kansas, family is urging people to be cautious over the Fourth of July weekend. Last October, Dedra Cox and her friend Kiara Clark were killed by an alleged drunk driver. When Cox died, she had recently given birth to her son, Odin.

KANSAS CITY, Mo. - Kansas Sen. Jerry Moran will visit Johnson County on Saturday for a stop on his Listening Tour. Moran uses the conversations he has with constituents during these tour stops to influence his work in Washington D.C., and encourages area residents to come talk about the issues facing Kansas and the nation, according to a press release.


Friday Night Irony Behind The Paywall

Three years ago, Missouri voters approved a statewide minimum wage increase to $12 per hour. The state is still on its way up to that amount. But even $12, according to researchers at the Massachusetts Institute of Technology, isn't enough for a single adult to get by - let alone one with kids.

No longer will Kansas Citians be denied gourmet soft serve in Instagram-worthy environs. Frozen Gold, the ice cream shop at 4144 Pennsylvania Ave. in Westport, was forced to close its doors mid-pandemic last year. Fortunately for everybody with a sweet tooth, Sunday, July 18 marks the Westport return of ice cream.

Pamela Anderson is best remembered wearing a skimpy red bathing suit, running along the beach in Baywatch. But these days she swerves the glamorous lifestyle for a more earnest career in activism. The former glamour model, who turns 54 today, campaigns for a wide range of issues, including humanitarian issues, animal welfare, AIDS, and cannabis legalisation.

Clay Travis dismisses 'nothingburger' charges against Trump Org CFO: 'This is the best they can do'

Radio host Clay Travis called the charges against Trump Organization Chief Financial Officer Allen Weisselberg a "nothingburger" on Thursday and the overall investigation another "swing and a miss" against former President Donald Trump. "This is virtually nothing," Travis said. "Prosecutors said [Weisselberg] had received $1.7 million in indirect employee compensation, and essentially, this is a nothingburger ...

People are lining up more than a day early for former President Donald Trump's July 4 weekend rally in Sarasota, Florida. Video showed parked vehicles and tents at the Sarasota Fairgrounds with flags boasting messages supporting the 45th president. Dozens of people were present when WFLA 8 On Your Side, a local NBC affiliate, reported on the gathering.

The "Outnumbered" panel railed against President Biden for getting annoyed with repeated press questions about the Afghanistan troop drawdown, saying he didn't want to answer anymore on the topic because it was a holiday weekend. "There is no excuse for this behavior from the president of the United States," Fox Nation host Tomi Lahren said Friday on " Outnumbered."

Opinion | The Don Rumsfeld the Obituaries Won't Write About

I tell this story because it shows that despite Rumsfeld's portrayal as a canny or ruthless D.C. operative-which was common when he was in government and will be common in his obituaries-ours was far from the typical transactional Washington relationship and he was far from a typical Washington boss.

"We are given a narrative as children that we keep growing through school, maybe go to college, then after school is finished, the idea of growth is done," Julianne reflected. "But we have all this life left to live."

After two years of renovation, the Truman Presidential Library reopened Friday with a high-tech look.The library's exhibits give an astonishing look at Harry Truman's early days as president.Truman was vice president for 82 days when Franklin Roosevelt died and he was sworn in."He looks like a fish out of water.


Salvy Up To Bat


Salvador Perez will compete in the 2021 Home Run Derby

On Friday, Kansas City Chiefs quarterback Patrick Mahomes was spotted on the Twitter of his offseason trainer, Bobby Stroupe. The video shows Mahomes moving around without any limitation, which is notable, as the quarterback had surgery this offseason to repair the turf toe he suffered in last year's Divisional Round win over the Cleveland Browns .

A Park University graduate student has a special kind of talent that's landed him a major award."Music is natural for me," said pianist Kenny Broberg.Broberg said he has been playing the piano since before he could read."It's absolutely what I've always wanted to do with my life," he said.


Punching Up The Dotte

KANSAS CITY, Kan. - One of the area's longest sporting traditions is happening in Kansas City, Kansas, this weekend, bringing a test of wills to the squared circle. Dozens of amateur boxers will compete in the the 86th annual Kansas City Regional Golden Gloves tournament this weekend.

KANSAS CITY, Mo. - The Health Forward Foundation has awarded $3.4 million in grants to 36 Kansas City-area nonprofits. The foundation said in a press release that the organizations receiving funding as part of its Healthy Communities Grant promote healthy eating and active living through "policies, systems and environmental change."


Fourth of July 2021: Where to score the best food freebies and deals

by: Nexstar Media Wire Posted: / Updated: It's (probably) not your birthday, but you're the one getting the present! The United States is set to celebrate Independence Day on July 4, and restaurants are planning deals and specials to mark the occasion, WGHP reports.

Holiday weekend will be sunny, dry

HAD EIGHT DAYS IN A ROW WITH MEASURABLE PRECIPITATION OUT OF KCI WITH THAT'S NOT THE CASE.

And this is the OPEN THREAD for tonight. Hopefully, we'll have more for the morning update. STAY TUNED!!!