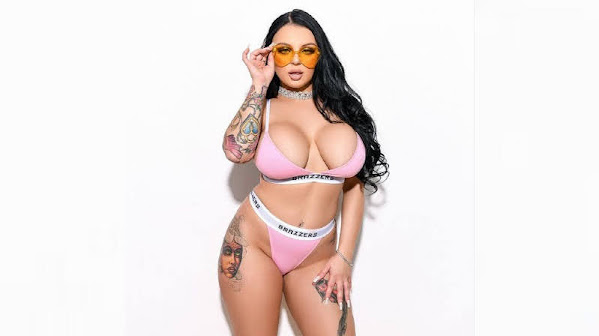 To start the morning, hottie Payton and her pr0n promo inspires our first peek at pop culture, community news and top headlines.

Kansas City's 4,000 or so city workers practically have a vaccine mandate.

KANSAS CITY, Kan. - The Kansas Highway Patrol is investigating following a chase involving a stolen U-Haul truck Thursday night. Officers with the Bonner Springs Police Department was searching an area just after 8 p.m. for suspects in a recent burglary and over $100,000 of thefts.

The oppressive heat is dangerous to people and animals living outside in the elements. KMBC 9 joined two local groups for an outreach mission to keep the homeless community and their pets safe. As the heat index cracks triple digits, volunteers are making sure people and animals are staying safe.

President Biden and Fox News White House correspondent Peter Doocy had a heated exchange Thursday at the end of a speech in which Biden announced a vax-or-test-mask-and-distance requirement for millions of federal workers. As Biden left the podium in the East Room of the White House, Doocy reminded the president that he had said, "if you are fully vaccinated, you no longer need to wear a mask."

Former President Trump Mitch McConnell Addison (Mitch) Mitchell McConnell McConnell: 'It never occurred to me' convincing Americans to get vaccinated would be difficult The 17 Republicans who voted to advance the Senate infrastructure bill Senate votes to take up infrastructure deal MORE (R-Ky.) and "RINOs," short for "Republicans in name only," of surrendering to Democrats.

A top scientist emailed Dr. Anthony Fauci during the early days of the COVID-19 outbreak that the virus seemed like it may have been engineered. The following evening, the scientist joined other experts on a call with the top disease doctor and days later dismissed the idea of an engineered virus as a "crackpot" theory.

A Pentagon watchdog report on Afghanistan warns that the country's government could face an "existential crisis" and offered a highly critical assessment of the US's strategy and conduct throughout the 20-year war, just weeks before the withdrawal of American troops is due to be completed.

The Walt Disney Company clapped back at " Black Widow " star Scarlett Johansson, slamming the actress's breach of contract lawsuit for showing "callous disregard for the horrific and prolonged global effects of the COVID-19 pandemic."

In the heart of Kansas City's historic River Market neighborhood sits a decommissioned PCC 551 cable car known as "Trolley Tom," named after Tom Trabon, an early streetcar director and supporter. Originally built in 1947, this trolley was one of the 184 trolleys that once made up the nation's largest streetcar system, shuttling Kansas Citians around town before they were slowly replaced by cheaper, more flexible bus routes.

Once a year, I like to riff on various topics. Call it my "get off my lawn column". With July moving into August, there's a certain desperation in the air. Summer is in the fourth quarter now and if your baseball team is out of it, it's a downer.

Hide Transcript Show Transcript 120 IN MARYVIL. AND THROUGH 9:00 THIS EVENING. THE HEAT INDEX MAY START TO GO ON THE OTHER SIDE OF THE MIDDLE 90'S BY THEN. BUT THE OVERNIGHT HOURS AREOT N ATTH COMFORTABLE AT ALL. IF YOU ARE HEADING THOUGHT EVENING. A FEW CLOUDS HEAT INDEX OF 90T A 9:00.

Samantha Fish - Twisted Ambition is the song of the day and this is the OPEN THREAD for right now.