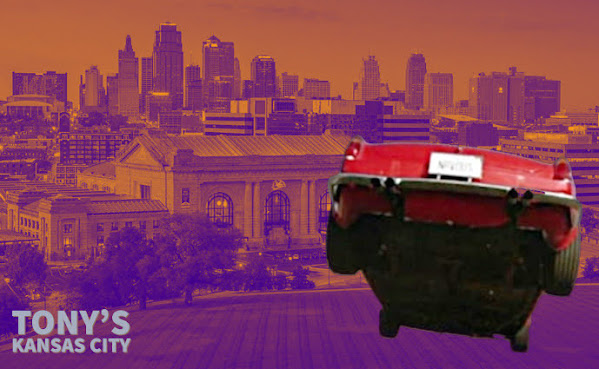 Here's the aftermath of local teen death games on the road engaging in a reckless, yet COVID safe activity . . . Read more:

by: Juan Cisneros Posted: / Updated: KANSAS CITY, Mo. - A 15-year-old passenger was ejected from a vehicle and received critical injuries overnight on James A. Reed Road. According to KCPD, at about 1:20 a.m., a white Toyota Corolla was "hill jumping" when the driver lost control going over a large hill and the vehicle overturned.

KANSAS CITY, MO (KCTV) -- Three teenagers were injured, one critically, after the car they were in overturned early Sunday morning on James A. Reed Road. According to police, the teens were hill jumping and driving at a high rate of speed around 1:30 a.m.