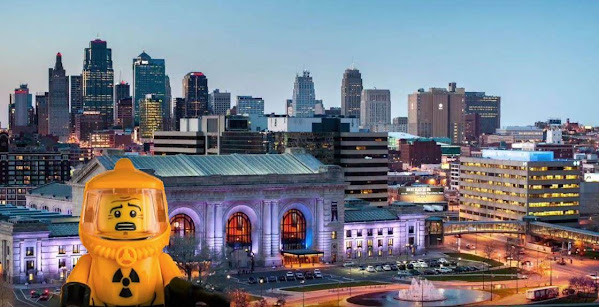 There's a public health debate amongst media and locals about the fate of the pandemic. Some say it's over whilst others believe that a very real threat still exists because of variants and low vaccination rates in many communities.

AMID THE RISE OF THE DELTA VARIANT, BEHIND THE SCENES, CITY HALL IS WORKING ON A NEW SET OF COVID PROTOCOLS!!!! EXPECT NATIONAL SUPPORT FOR THE VAXX RESTART AND MORE LIMITS ON PUBLIC GATHERINGS!!!

As always, we hope that people don't rush to judgement. Far more panicky KC area news outlets are pushing the "100 new infections a day" line but then ignore a total lack of local vaxx demand and hospital access running at standard rates even with new "guests" fighting the plague.

KCMO has already hinted that they would rather push the vaxx than crackdown on local restaurants again.

However, nationwide leaders don't have those same concerns.

Like it or not, the local COVID numbers are worsening and national leaders are "encouraging" their local counterparts to take action.

And so, as always, TKC advises our friends to enjoy Summer days while time permits.

Check the links that start with local and then move to the big picture . . .

KANSAS CITY, Mo. - The COVID-19 delta variant is in the Kansas City metro, but it's not impacting local hospitals the same way it is in other parts of Missouri, according to local health department leaders.

KANSAS CITY, Mo. - Missouri continues to be the hotspot in the country for new COVID-19 infections. Health experts say it's due to the Delta variant and low vaccination numbers in the state. Hospitals in the southern part of the state, particularly the Springfield area, are bursting at the seams because of a new surge of COVID patients.

NIXA, Mo. - As the coronavirus surges in Missouri, a mayor who imposed a mask requirement and other public safety measures is facing a recall vote, even though the requirements have long since expired. Nixa voters will have the option to recall Mayor Brian Steele at a special election set for Nov.


Delta Is Now The Dominant Coronavirus Variant In The U.S.

The highly contagious delta variant now accounts for more than 51% of COVID-19 cases in the U.S., according to new estimates released by the Centers for Disease Control and Prevention. The variant, also known as B.1.617.2, was first detected in India and is spreading quickly across the globe.

COVID-19 cases were up in nearly half of U.S. states heading into the July 4 weekend, a USA TODAY Network analysis of Johns Hopkins University data shows. Alaska and Arkansas more than doubled cases in just the last week. South Carolina and Kansas are up more than 50%.


This Is What America's Next Big COVID Wave Will Look Like

After blazing across much of the world, a more aggressive variant of the novel-coronavirus has finally reached the United States. And it's driving upticks in new cases. But not everywhere. Vaccines seem to work just fine against Delta. The new variant-"lineage" is the scientific term-is a reckoning, all right.

The Biden administration is launching a new "door-to-door" effort to vaccinate Americans after falling short of its Fourth of July goal of having 70 percent of the adult population with at least one shot of the coronavirus vaccine.