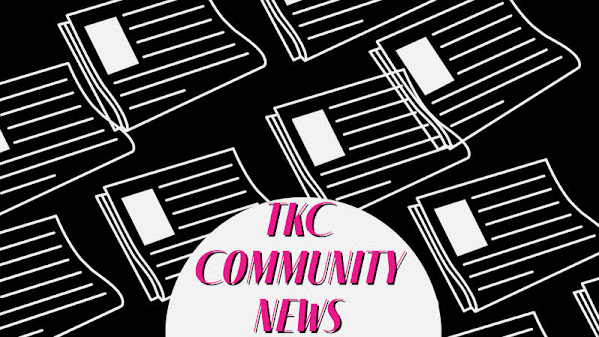 As always, we want to keep changing, keep evolving and keep tweaking what it is we do here at TKC.

And so, this post offers a morning glimpse at topics that impact the entire community and we hope to make it a new bloggy tradition.

KANSAS CITY, MO (KCTV) -- The Kansas City Fire Department battled a flames Tuesday morning at an industrial park. The fire broke out in the middle of the building at 1:16 a.m. Tuesday at Leeds Industrial Leasing at 6817 Stadium Dr. Firefighters say there were some small explosions inside the building, but they don't know exploded.

Ted Lasso still believes.And show creators are bringing up a little nostalgia for summers in Merriam, Kansas, for some perspective in the European Championship soccer final. For Kansas City fans of the Apple+ TV show "Ted Lasso," it can sometimes be hard to separate the main character of Ted from actor Jason Sudeikis, a KC-area native.

OVERLAND PARK, Kan. - A Behavioral Health Unit is one step closer to becoming a reality for the Overland Park Police Department. The Overland Park City Council approved on Monday the city's proposed 2022 budget, which includes a line item for an 11-member team that would be "dedicated to responding to mental health calls," according to Councilman Chris Newlin.

KANSAS CITY, MO (KCTV) -- Thousands of people are marching across the streets of Cuba in protest, in one of the largest antigovernmental uprisings the country has seen in decades. As the island faces food shortages and high prices, which have been further exacerbated by the pandemic, families in Kansas City protested in solidarity on Monday.

KANSAS CITY, Mo - It's the biggest international sporting event in the world, and in a few years, the World Cup could be coming to Kansas City. FIFA is considering 17 cities in the United States to host World Cup matches in 2026, and the organization will whittle that number down to 10 next year.

By John Sharp Members of the KCMO Public Improvements Advisory Committee (PIAC) that I serve on as an appointee of 6 th District Councilman and Mayor Pro Tem Kevin McManus will begin hosting virtual public hearings in south Kansas City next week to allow persons to request funding for capital improvement projects such as curbs and sidewalks, park improvements and stormwater control for the city's next fiscal year starting May 1, 2022.

KANSAS CITY, Mo. - Illegal sideshows have been an ongoing concern in Kansas City. But one group is trying to find a safe place for these tire-squealing events. Desmound Logan said his organization Smoke Your Tires, Not Your Homies has been working to make safe spaces for sideshows a reality.

11 displaced after apartment fire in Raytown

An apartment fire Monday afternoon in Raytown displaced 11 people, according to Raytown firefighters.Emergency crews were called at 2:53 p.m. to the apartments in the 9800 block of East 61st Street and reported smoke and fire showing from a unit when they arrived at the scene.Crews were able to contain the fire to one apartment, but authorities said there is smoke and water damage throughout the building.Firefighters said everyone was able to get out safely.

What you need to know about charter schools in Kansas City

A donation to The Beacon goes beyond the newsroom. We amplify community voices, share resources and investigate systems, not just symptoms. The Beacon in your inbox. In-depth reporting delivered every Tuesday and Thursday morning. In Kansas City, Missouri, charter schools serve nearly half of all public school students within Kansas City Public Schools district boundaries.

Quick-who has 200 birthday candles handy? August 10 will mark the 200th anniversary of Missouri's entry as the 24th state of the United States. Our friends at Kansas City, Missouri Parks and Rec are inviting everyone to celebrate Missouri's Bicentennial at the François Chouteau & Native American Heritage Fountain in the Northland on July 24th....

The sunshine is back for your Tuesday! Along with mostly sunny skies, the temperatures and humidity will both climb again today. High temperatures near 90 are expected by the drive home. We will repeat the heat for Wednesday with highs in the lower 90s.