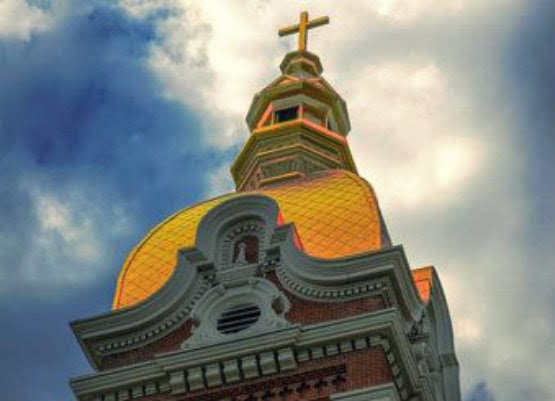 On Sunday, given that my parents wasted so much cash on my education, TKC usually takes a moment to check local Catholic news outlet in order to blog recent events from the perspective of the faithful.

This week we notice a curious silence following a major development in the policy of the church.

Check the links for those who haven't seen it or need a quick review because local news doesn't really like to go in-depth on faith matters . . .

I once fell in love with the Latin Mass-which is why I understand why Pope Francis restricted it.

I cried the first time I went to a traditional Latin Mass. It would have been difficult for me not to; I was an emotionally volatile 20-year-old college kid studying theology who loved the "smells and bells" that Catholicism offered-and man, there were a lot of bells and smells going on while Mozart's "Requiem " carried the liturgy.

July 16 (Reuters) - Pope Francis on Friday overturned decisions by his two predecessors and re-imposed restrictions on the old-style Latin Mass preferred by traditionalist Roman Catholics, saying it was being exploited to divide the Church. Conservative groups reacted with dismay and anger to the latest episode of what some have dubbed the Church's "liturgy wars".


Both on communion and Latin Mass, 'weaponization' may be Pope's target

If you want to understand why Pope Francis is willing to use the power of his office to enforce discipline on the Latin Mass but not on communion for pro-choice politicians, maybe a concern for "weaponization" of the faith is at least part of it.

On Friday, the Vatican announced a new order that would barely affect most practicing Catholics: there are now strict rules for when and where the traditional Latin Mass can be conducted.


On the Latin Mass, Pope Francis pulls off the Band-Aid

Pope Francis is a patient pastor. Until he isn't. His new apostolic letter, Traditionis Custodes, in which Francis communicates "the firm decision to abrogate all the norms, instructions, permissions...

'I pray that the faithful will not give way to the discouragement which such harshness necessarily engenders but will, with the help of divine grace, persevere in their love of the Church and of her pastors,' Cardinal Raymond Burke told the Register.

What locals know and MSM doesn't really understand is that there has been a resurgence of the Latin Mass in the Kansas City metro over the past few years and several local parishes have cropped up and gained followers by offering the old school faith practice.

At this moment, we can report that many churches which practice the Latin Mass are in a state of confusion and await direct orders from the bishops.

It's likely they'll keep quiet because Catholics, to their own detriment, have become increasingly withdrawn from public life.

In the meantime we notice that even the loudest, local conservative Catholic pundits have shied away from the topic and wait to see how the orders will play out.

For instance, the loudmouth KCK Archbishop who blasts Prez Biden and wants to snatch his communion wafer away is now, strangely, sheepish when it comes to the bold declaration from his boss — the Pope.