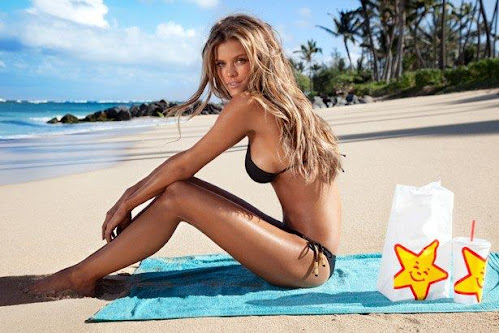 Not so long ago hottie Nina Agdal sparked controversy across the nation with her topless turn for a burger chain.

In news that's far less glamorous, a local fast food crook that constantly targeted an urban core foodie outlet is back behind bars.

Suspect back in custody after Hardee's employees frustrated by repeat robber

Abby Hoover, Managing Editor A suspected robber is in custody following Monday's robbery of Hardee's at 6323 Independence Avenue. On Wednesday, employees were frustrated by the release of a repeat offender after the most recent robbery on June 28. The location has been robbed three times in the past seven months by the same person, and this time police caught him.