TKC WOKE UP TOO LATE TO SPARK PANIC ABOUT AN ARMED MARCH PUBLICITY STUNT!!!

WHAT DID YOU WHITE PEOPLE IN WALDO DO TO MAKE THE BLACK PANTHERS SO MAD AT YOU?!?

Brief aside . . . Here's my favorite TKC bit of silly & poor photo shop which offers a glimpse at the struggle for social justice in Brookside/Waldo . . .

Right now we take a quick look at more ominous promo has that been going around social media this week . . . We spruced it up with our favorite emoji to make just a bit more happy AND because we want to provide captivating content and NOT help spread panic or promote donations to yet another sketchy activist group. 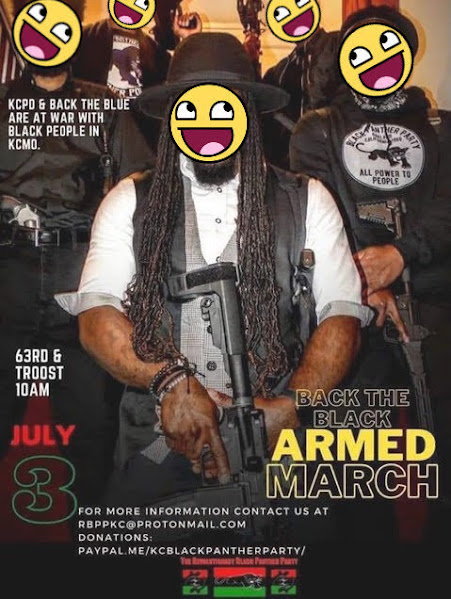 Still there's a political proposition that served as the rallying cry for this sparsely attended event which deserves more serious consideration.

Again, the call to action that was mostly disregarded by the community on both sides of Troost . . .

That's a bold statement but if a reader looks at local stats on murders and shootings committed in this cowtown overall . . . The numbers don't reveal that police are the greatest threat to the local African-American community or any community for that matter. But TKC is not Tucker Carlson and that point is IMPORTANT YET BORING even if your drunk uncle finds meaning in life by trolling and alienating friends & family on Facebook as he regurgitates everything he reads on The Blaze. 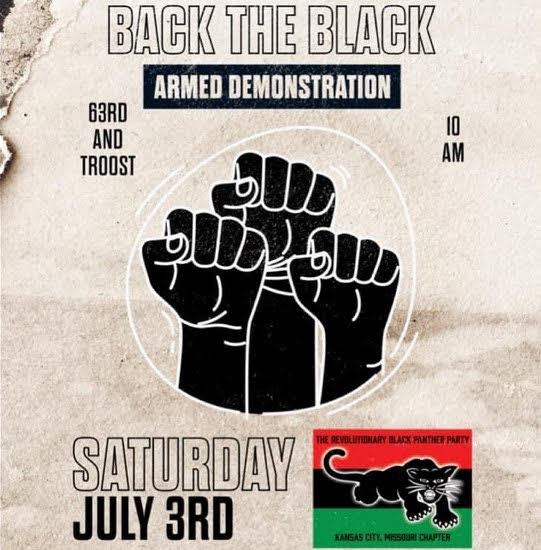 And so the new Kansas City armed march was mostly a bust. We expect more coverage in a few moments even if the event mostly serves as "rage-Pr0n" for people who are quick to anger and/or desperately seek social media attention.