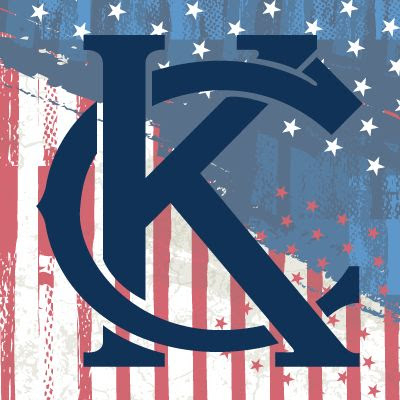 For early morning newshounds we have just a quick collection for  your reading displeasure as we check pop culture, community news and top headlines.

It was the first time in two decades the pyrotechnics were lit --- and Saturday's celebration offered more than just a show.


Olathe Carbs For A Good Cause

by: Juan Cisneros, Nexstar Media Wire Posted: / Updated: OLATHE, Kan. ( WDAF/NEXSTAR) - A few weeks ago, a man in Mississippi man made headlines for having to spend 24 hours in a Waffle House for losing his fantasy football league. Now, a Kansas man is suffering the same fate.

As a hurricane barreled towards the Sunshine State and recovery efforts in Surfside founder, the ex-president complained about the election, windmills, and arrests over Jan. 6. Donald Trump held a rally Saturday night in Sarasota, Florida, where he revived his long-running list of grievances about Joe Biden's "atrocious" administration and appeared to voice support for Jan.

Republicans are testing out a myriad of attacks against President Biden Joe Biden Biden on Richardson suspension: 'The rules are the rules' There is no 'third way' for Iran diplomacy Republicans eyeing White House take hard line on immigration MORE , trying to turn public opinion against a popular president among key sectors of the electorate in hopes of boosting their chances in the 2022 midterm elections and beyond.

Trump at Independence Day celebration: 'Biden is perhaps the most unpatriotic president in American history'

Former President Donald Trump questioned his successor's patriotism during an Independence Day celebration in Florida. Trump said President Joe Biden "is perhaps the most unpatriotic president in American history" because his administration canceled a planned Fourth of July fireworks celebration at Mount Rushmore in South Dakota due to concerns about the transmission of COVID-19.

The tiny town of Lytton has come to hold a grim record. On Tuesday, it experienced Canada's highest-ever temperature, in an unprecedented heat wave that has over a week killed hundreds of people and triggered more than 240 wildfires across British Columbia, most of which are still burning.

Shouting matches, arrests and fed up parents: How school board meetings became ground zero in politics

When Barb Mozdzen opened last month's school board meeting in Chandler, Arizona, for public comment, she had a caveat. While many attendees indicated they were at the meeting to discuss "critical race theory," the topic was not actually on the agenda that day.

How the pop star's father and a team of lawyers seized control of her life-and have held onto it for thirteen years. On June 22nd, Britney Spears's management team started getting nervous. Spears, who is thirty-nine, has spent the past thirteen years living under a conservatorship, a legal structure in which a person's personal, economic, and legal decision-making power is ceded to others.

From her home studio in Shawnee, Kansas, textile artist Debbie Barrett-Jones creates intricately woven artwork for homes, houses of worship and hospitals. And when life gets stressful, as it did during the pandemic, her craft becomes therapy. "It's like a heartbeat almost, you know," Barrett-Jones says, as she moves a wooden shuttle back and forth.

The KC Royals and Home Run Derby through the years

Major League Baseball's All-Star Game, which pits stellar players from the American and National Leagues against each other, has been an annual tradition since 1933. In addition to the All-Star match, there are other festivities fans are always eager to watch, including the Home Run Derby, which began in 1985.

Perfect night for fireworks in the Kansas City weather forecast

Hide Transcript Show Transcript TIME IS 7:14 AS WE LISTEN TO THE GREAT MICUS THAT WE OFTEN HEAR ON INDEPENDENCE DAY. WHAT A BEAUTIFUL MORNING WE HAVE WITH CLEAR SKIES ALL SMOKY HAZE STILL STUCK AT THE SURFACE.

Martina McBride - Independence Day is the song of the day even though it's really about domestic violence and was ironically co-opted by the right wing.

Either way, this is the OPEN THREAD for right now.