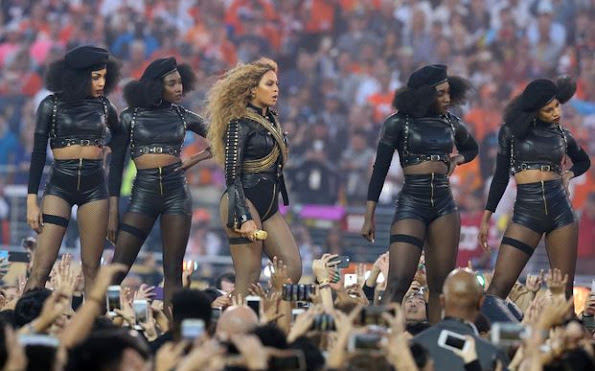 Just a few moments ago The Pitch catches up to news that we talked about over the weekend and again this morning.

The struggling magazine isn't just attempting to drum up biz for local purveyors of poultry products with their mostly meaningless "Best Of" issue . . . They're out for social justice!!!

Accordingly, we share a link to loving tribute and pictorial of Black Panthers marching through Kansas City streets carrying guns.

The display might or might not be as "significant" as Beyonce and her Super Bowl tribute to The Black Panthers but the pretty pix and powerful prose are certainly worth a peek.

On a hot Saturday the morning of July 3 , the Revolutionary Black Panther Party of Kansas City led by General Indigenous Xi hosted a peaceful march with armed but unloaded weapons from Troost Boulevard to Prospect Avenue. The protest was comprised of approximately 75 people, including Black Panthers and social justice activists of all ages and races.