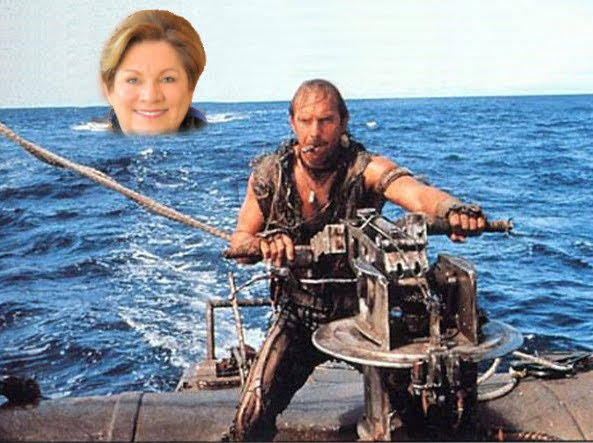 Leaky basements aren't to blame on shoddy construction, zero maintenance and a garbage local sewer system . . . Instead, savvy locals should direct their ire toward conservative politicos.

Either way, here's a roundup of this week's deluge along with a hint that Kansas City can't cope with even a modest downpour and certainly won't survive the climate devastation predicted by AOC.

Read more and (worthless) double bonus points for anybody who can name the movie featured in the top photo along with the council lady seemingly about to drown Kevin Costner . . .

KANSAS CITY, Mo. - All of this recent rainwater has to go somewhere. Some parts of the Kansas City metro have seen rainfall for seven days in a row, and it's making problems for people at home and on the roads. Rain totals from a wetter-than-average June are adding up.