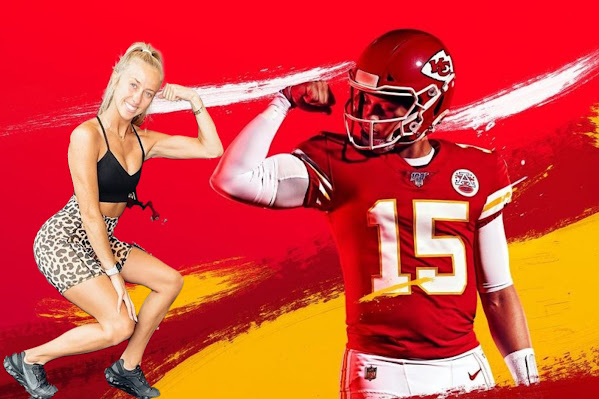 Once again the queen of Kansas City was forced to confront online trolls and stand up against body shaming and in support of her newfound curves.

Per ushe, she proved victorious and earned some celebratory tabloid coverage in the process . . . Forgive the 90s reference and Check-it:

New mom Brittany Matthews has a message for "haters." Patrick Mahomes' fiancée penned a pointed note after critics started commenting about her breasts online, four months after she gave birth to daughter Sterling Skye. "Haters will say they are fake, but breastfeeding moms will understand," Matthews captioned an Instagram photo Wednesday shot while she was lounging in an orange bikini.