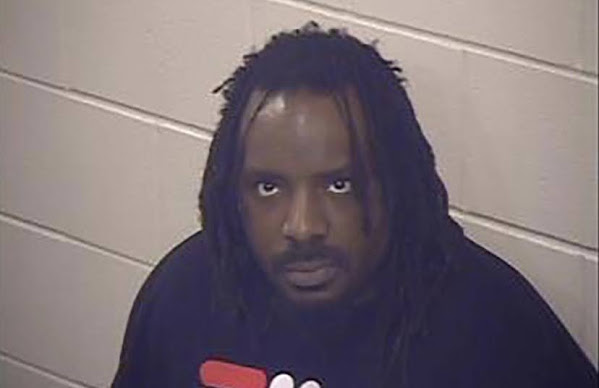 Today local news puts a mughshot and horrific deets on blast in the aftermath of a gruesome, alleged Kansas City murder spree.

A terrifying detail reported by local news stands out . . .

"Police found three victims shot inside the residence, with apparent blood on the floor and walls. The charging documents said the victims were also found with a $100 bill placed across the back of their heads."

A 38-year-old Kansas City man has been charged in connection to the murders of three persons found on July 15, 2021, by police after family members inquired about their welfare inside a Kansas City residence in the 3200 block of Woodland, Jackson County Prosecutor Jean Peters Baker announced today.

According to court records filed this weekend, a woman called from out of state to the Kansas City Police Department and asked for police to check on the welfare of relatives living in a residence in the 3200 block of Woodland.

The caller stated she had made several calls to check on them over three days and had not been able to made contact. She also went to the residence but no one answered and she could hear her grandmother's dog barking from inside the residence.

Police found three victims shot inside the residence, with apparent blood on the floor and walls. The family member who tried to call advised police that one victim had expressed concern to her about the aggression of her son, the defendant.

Police found a knife with apparent blood on it.

Police searched a residence where the defendant had been staying and a search of the residence found a cell phone that according to information from the phone carrier had been in the area of the homicide on July 13, 2021. Police also observed fresh lacerations on his hands and blood on clothing. A check of his clothing that had apparent blood found DNA likely from one victim on the clothing.

KCTV5: According to court documents, the three victims were stabbed and killed on or about July 13.