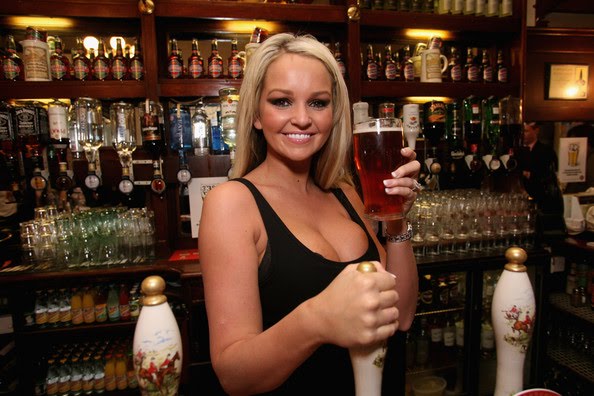 Just moments ago The Pitch published an opus on beer crafted by ladies and promoting progressive values.

This is an important trend inasmuch as advertisers have been using boobies and "dad humor" to sell beer for more than two generations.

Here's the premise, complaint and pitch . . .

The stories came from women in breweries all over the United States, including Kansas City. For five women brewers in the city, the stories evoked emotions and memories about the maltreatment they experienced at various breweries they worked at.

It wasn’t until she started there that she fully understood how toxic the environment at Boulevard was. But Boulevard is not the only brewery that fostered a toxic workplace. They’re part of the trend, not an outlier. That’s why SHE thinks the visibility and rejection of sexism in brewing is so important. Unless breweries are constantly pushed by employees and customers, they will not truly change their practices.

Policies change, but sexism continues to burn through the brewing industry

Courtney Servaes of Servaes Brewing Company. // Photo by Leah Wankum with the Shawnee Mission Post When Courtney Servaes opened Servaes Brewing Company in 2019, hers became the first woman-owned brewery in Kansas. Oftentimes, customers will overlook the women brewers or staff to ask men questions about the beer-or will leave the brewery unreasonably shocked that women are just as...