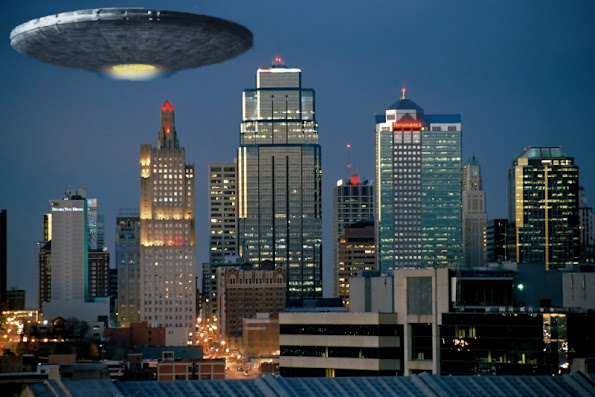 It doesn't take a rocket scientist to know that there are a lot of UFO enthusiasts around this cowtown.

Ironically, excitement about aliens is a lot more genuine that politically charged chatter regarding other undocumented immigrants.

We notice the local coverage ahead of an upcoming government report mostly involves "newsies" condescending to locals who might not have have had the benefit of a 3rd-teir J-School out of state.

Report: Intel Probe Finds No Evidence UFOs Are Alien Spacecraft - But It's Still Unclear Where They're From

A soon-to-be-released federal report into "unidentified aerial phenomena" did not identify hundreds of mysterious objects spotted by military pilots, but it concludes there's no evidence the objects were alien craft or U.S. military planes, the New York Times reported Thursday, amid mounting interest in footage of fast, unexplained airborne objects.