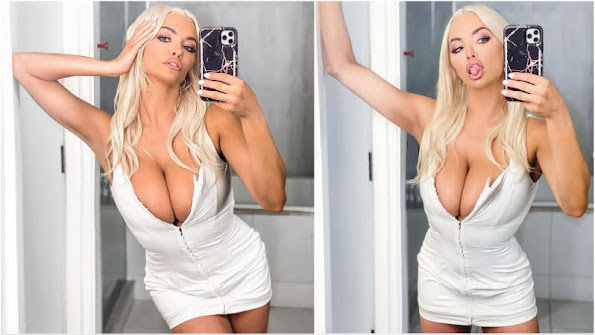 Right now we celebrate the EXCEPTIONAL TALENTS OF HOTTIE LINDSEY and share pop culture, community news and top headlines. For those who make it to the end of the list . . . There will be a slight surprise . . .

Hide Transcript Show Transcript WEBVTT THE POLICE DEPARTMENT HAS DONE THIS. THE FOO FIGHTERS WERE IN TOWN LAST NIGHT, AND THEY GAVE A 10-YEAR-OLD SHAWNEE BOY AN EXPERIENCE HE'LL NEVER FORGET. HIT 'EM WITH IT COLLIER. EMILY: LOOK AT THAT. THAT'S 10-YEAR-OLD COLLIER CASH RULE.

KANSAS CITY, Mo. - For the next 90 days, drivers in Olathe will need to detour around a project officials hope will reduce bottlenecks and the number of crashes in the area. Tuesday morning, crews closed the 119th Street Bridge over Interstate 35.

What to expect from court hearing on KCPD budget battle

KANSAS CITY, MO (KCTV) -- On Tuesday afternoon, lawyers for the City of Kansas City and the Kansas City Board of Police Commissioners will appear before a Jackson County Circuit Court judge. The board filed suit against the city last week over a recent change to the police budget.

US model Lindsey Pelas has never struggled for attention. The 29-year-old Playboy stunner is more than happy to flaunt her fantastic figure in skimpy bikinis and sexy underwear, as fans can see on her social media pages. Not only that, she has also graced the pages of huge magazines like Maxim, GQ and Glamour with some steamy shots during her successful career.

WASHINGTON -- President Joe Biden will announce new measures his administration is taking to narrow the racial wealth gap on Tuesday, during a trip to Tulsa, Oklahoma, to commemorate the 100th anniversary of the Tulsa race massacre.

Texas Democrats launched the most dramatic revolt yet against nationwide Republican bills to restrict voting by walking out of the state's legislature over the holiday weekend. But their last-ditch effort may only temporarily stall the effort and underscores how the deadlock in Washington is making it easier for Republicans to act on Donald Trump's election fraud lies to stack the deck in future votes.

A New York City art gallery featuring tributes to those who were killed in the Tulsa Race Massacre of 1921 was vandalized with white paint in what owners have described as hate speech. The Black Wall Street Gallery in SoHo said in an Instagram post that either late Sunday or early Monday morning, someone smeared white paint on the gallery's glass facade, covering up its name.

Kate Winslet wanted to keep it real. The actress, who is starring in the HBO limited series "Mare of Easttown," was determined to give a realistic look to her character. The Oscar winner was even willing to push back when the 45-year-old felt she looked too retouched in early promo posters and cuts.

OVERLAND PARK - When it comes to animal lovers, birds of a feather flock together. That was certainly the case last Wednesday in Overland Park when a group of strangers came together to save 10 ducklings trapped in a storm drain.

The Women in Business series is presented by UMB Women and Wealth Couture hat designer Amina Hood will be the first to tell you she's a relatively easy-going creative, until the Kentucky Derby rolls around, that is. The threat of rain always stresses her out.

YOU DRIVE THROUGH ANY FOG THIS MORNING.

Oliver Tree - Life Goes On is the song of the day and this is the OPEN THREAD for right now.

And here's the not so surprising surprise . . .

PLEASE CHECK OUT TKC’S NEWLETTER THAT WE’LL UPDATE DAILY AND SEND OUT TO OUR VERY FAVORITE NEWS HOUNDS!!!

We’ve had a lot of ideas about this new venture for the TKC and we hope you like what we’ve come up with so far.