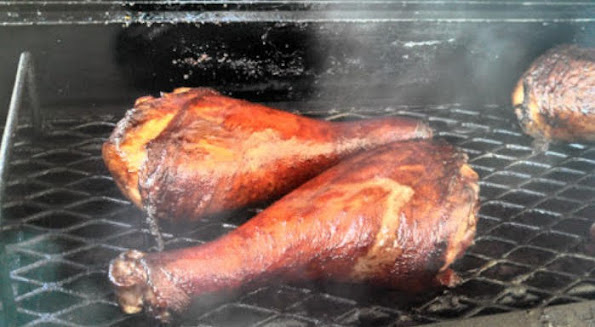 An amusement park melee over Memorial Day weekend is making the rounds across social media.

"Apparently park goers decided to stage a "raid" on a lightly defended turkey leg kiosk. I found the videos somewhat amusing.  No one was shot or stabbed."

Even better, one of the turkey leg "enthusiasts" was apprehended and probably released after a stern rebuke given that the criminal justice system isn't prepared to cope with poultry misdeeds.

Take a look and realize this clip is mostly good fun and shouldn't be taken too seriously . . .